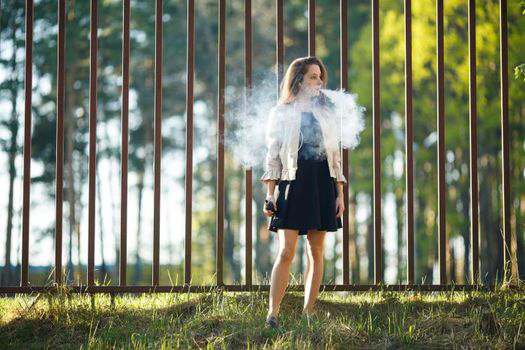 
A bipartisan package of tobacco regulation bills, one of them sponsored by a local lawmaker, is headed to the Michigan House. But some health organizations are concerned that they don’t go far enough to protect kids.

The package of six bills passed the Senate earlier this month and includes new regulations on the sale of e-cigarettes. One of the bills, SB 784, was sponsored by Brighton Township Republican Lana Theis. It would require picture identification to purchase e-cigarettes in person or online and prohibit such purchases by individuals younger than 21 years of age. It would also allow the Michigan Department of Health and Human Services (MDHHS) to conduct unannounced compliance checks of establishments that sell tobacco and vaping products, and arrange penalties up to $3,000 if they failed. The MDHHS would also be required to publish the results of all compliance checks annually.

But Andrew Schepers, who is the Government Relations Director with the American Cancer Society Cancer Action Network in Michigan, says another of the bills, SB 781, could potentially provide an incentive to sell vaping products. He says that bill, sponsored by Senate Minority Leader Jim Ananich (Anna-nick), sets a tax rate for vaping products at 18%. Schepers contends all e-cigarettes should be defined as a tobacco product and taxed at the same 32% rate.

The sponsors of the bills said they worked with industry members on the proposals, and noted establishing tax policy for vaping products is a gray area. Some GOP legislators have said there shouldn’t be any tax on e-cigs because they help people quit using tobacco. Nationally, e-cigarette use rose 78% among high school students from 2017 to 2018, and Michigan has mirrored the same trend. Schepers is urging House lawmakers to examine ways to make the package of bills stronger, and not rush it through hearings.

"If we don't do it right now, we're going to be at least a decade if not more before we have an opportunity to actually do something in this regulatory space again," says Schepers. "So it's critical that when we do this, we get it right the first time."

The package of bills also prohibits businesses from promoting the health effects of e-cigarettes compared with tobacco cigarettes; and sets up a licensing system for the sale of vaping products.