MHOG Proposes Projects Worth $6 Million Be Funded Without Bonding 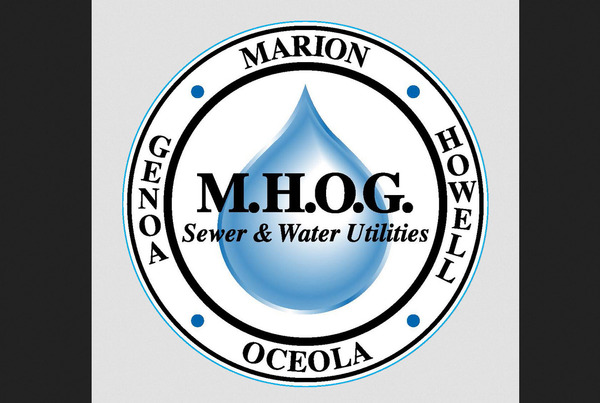 System improvements to a local water authority are being proposed to be paid for by some of the participating township up front, and the rest over time, to avoid bonding.

Ken Palka, representing the Marion-Howell-Oceola-Genoa Water Authority, or MHOG, was before the Marion Township Board of Trustees Thursday night to talk about a pair of upcoming projects. The first project is for water transmission from Sanitorium to Hometown Village, and the second is for water transmission from the Water Treatment Plant to the Sanitorium Water Storage Tanks. The combined cost is expected to be $6-million, and with the projects being considered beneficial to all users, MHOG believes the costs should be split evenly. Palka said $2-million will come from MHOG reserves, with the remaining $4-million split evenly between the 4 townships. While the project could be bonded, Palka said MHOG would prefer to not go that route, and save potentially $300,000 in additional costs.

Palka said they could do the project using monies available from each township’s reserves with them. Oceola Township, he said, has $3-million in their reserves, and would put that in towards the cost. Genoa Township, with their $1-million would fill out the remaining balance. While not contributing up-front, Howell Township and Marion Township would pay MHOG back through future new user monies from REU hookups. Oceola would be credited $2-million back for future projects. Palka additionally laid forth a vision for the future in dealing with REUs. He said that in the long run, he’d love to see the 4 townships come up with one connection fee, instead of charging different amounts like they are now. If one price can be agreed upon, then all of the money could come through MHOG directly and not the townships.

Hanvey said that paying for their share of the upcoming projects through future REUs doesn’t change much for the township, and helps the authority in not taking on additional debt.(MK)