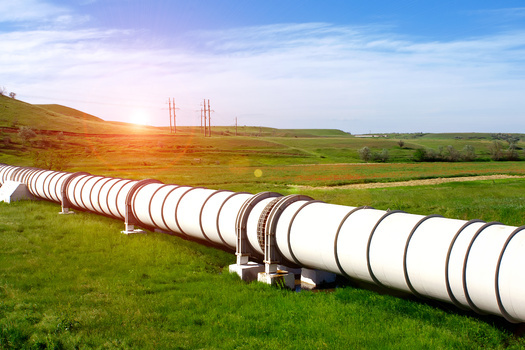 
A public utility in Michigan is launching a pilot program to reduce its methane emissions.

Consumers Energy has what it calls the Enhanced Infrastructure Replacement Program, to identify and replace underperforming and outdated natural-gas pipelines, which emit methane when they are not working properly.

He pointed out the new vehicles are a thousand times more sensitive than the current units, and will provide much more data.

"They will help us respond more quickly to issues on our natural-gas pipeline as well as make decisions about what pipeline should be replaced as a priority over other pipelines, as we're looking at reducing the methane emissions from our system," DeDoes explained.

The Biden administration recently announced its intent to restore and strengthen methane regulations rolled back by the former Trump administration, after world leaders came to a voluntary agreement about limiting methane emissions at the United Nations global climate-change conference this month.

DeDoes added with the dire warnings from international experts about the need to electrify, it's important for Consumers Energy and other utilities to really participate. He emphasized the company aims to go coal-free by 2025, and have 90% renewable energy by 2040.

"We plan on continuing that and ramping up those activities so that we can achieve net-zero methane emissions by 2030," DeDoes stated. "That's our goal."

Methane emissions have been linked to negative health outcomes for surrounding communities as well as greenhouse-gas accumulation and climate change. DeDoes contended it is important for companies to keep what he called a triple bottom line, and think about people and the planet in addition to their profits.