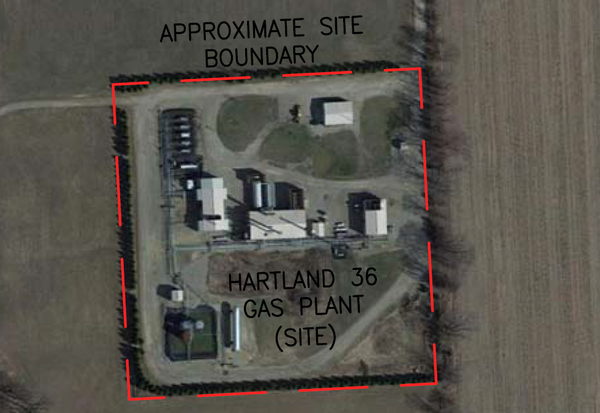 The site of a former gas company where contaminated groundwater was discovered in Hartland Township is undergoing cleanup, which officials say appears to be going well.

In 2015, a chemical called sulfolane was found to have leached into the soil and underlying groundwater on property once occupied by the Merit Energy gas processing plant. The discovery was made at the five acre parcel at Lone Tree and Pleasant Valley Road while the plant was being decommissioned. Merit took action by sampling residential wells and installing monitoring wells to determine the extent of the contamination, which was later determined to be confined to the site.

The Michigan Department of Environmental Quality ordered Merit to develop a cleanup plan and a bioremediation system has now been operating for about four months. Hartland Township Trustee Matt Germane says the remediation system is being monitored for progress every two weeks, though Merit is finding the contamination is disappearing in the outlying areas that had low concentrations to begin with and bioremediation will need to continue in the areas that contain “hot spots”.

It’ll likely take up to seven months to know how long cleanup will take because trends become more evident then. Still, Germane says they at least know the remediation system “is working”.

The results of the recent groundwater sampling are expected to become available at the end of the month, at which time the Michigan Department of Environmental Quality will receive the first progress report. The report will then become a public document the township and residents can further review. (DK)