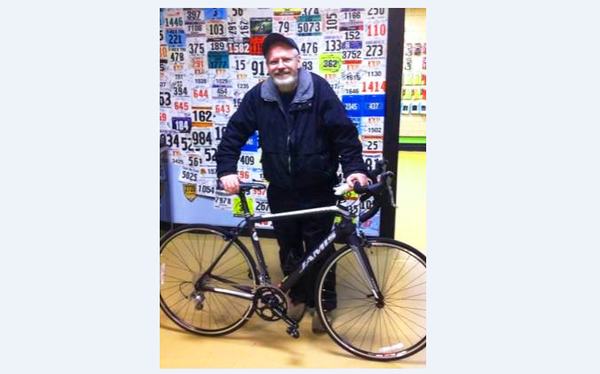 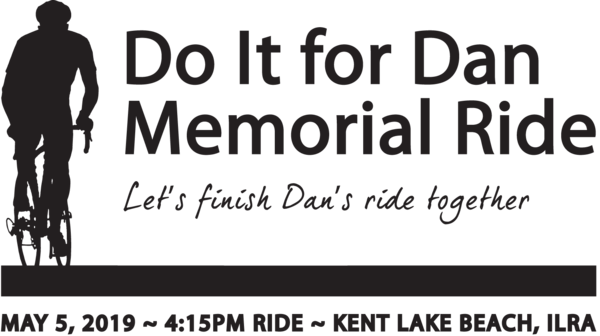 An event this weekend will both raise awareness about bicycle safety while also honoring the life of a bicyclist killed in a recent accident.

62-year-old Daniel Horal (pictured) passed away on Friday, two days after he was struck by a vehicle that had turned in front of him in the Island Lake State Recreation Area. Police said Horal had been bicycling west on State Park Way near the Kent Lake Beach Entrance last Wednesday when his bike was hit by a 2018 Cadillac XT5. It’s believed the driver of the Cadillac, a 30-year-old Royal Oak resident, made a left-turn in front of Horal, who he did not see. Horal sustained critical injuries and was admitted to the Trauma Unit at the University of Michigan Hospital, where he died two days later.

Now, a group bike riding event is being organized in his memory. The “Do It For Dan Memorial Ride” will be held on Sunday, May 5th at 4:15pm starting in the Kent Lake Beach parking area in Island Lake. Shaun and Dawn Bhajan of Hometown Bicycles in Brighton are organizing the event and say they are working closely with Horal's family on making this ride not just one of remembrance, but a statement to drivers everywhere. They intend to line the park with cyclists and “finish Dan’s ride.” They hope it will serve as a reminder to drivers that they are share the road with bikers and to avoid distracted driving. Dan bought his bike from their shop in 2014.

Shaun Bhajan tells WHMI they’ve had a really great outpouring of support from different groups and organizations from all over the state and it’s a real tragedy that someone could get hurt in that area. He says any similar situation is bad but this really hits close to ho me, especially for being the highest used trail in southeast Michigan. Bhajan says it’s a tragedy that someone who was a father, brother and friend went to go do something that he loved but wasn’t able to come home to his family. Bhajan says there’s always a conflict about cyclists in the road or people in general on public roads but this was is a confined public road. He says people need to understand that it’s not just a person on a bike but someone’s loved one and the 30-seconds someone might lose for an inconvenience could mean a lifetime. Bhajan says they would love to see the community come together to support the family. He says the plan for Sunday’s event is to start at the Kent Lake Beach entrance where the accident happened and then continue west to finish Dan’s ride. The ride will total roughly nine miles at a casual, recreational pace. Bhajan says they hope everyone shows up from kids to adults and avid riders to recreational riders, but others can just come out and walk in Dan’s honor. You’ll find details about the ride through the links below.

Meanwhile, funeral arrangements for Horal are being handled by Keehn-Griffin Funeral Home in Brighton, with visitation was being held from 4 to 8pm today. A memorial mass will take place Wednesday at 10:30am at St. Patrick Church on Rickett Road. The family is asking that memorial contributions be made to Habitat for Humanity or the Red Cross. (JK/JM)