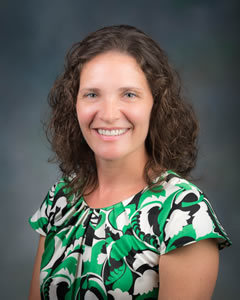 A Dexter woman has been appointed to a state subcommittee by Governor Rick Snyder.

Megan Schrauben of Dexter was recently named to the 21st Century Talent Creation Subcommittee and will represent K-12 Schools. She currently serves as the executive director of MiSTEM Network for the Michigan Department of Technology, Management, and Budget. Schrauben previously served as the director of the Jackson County Mathematics and Science Center within the Jackson County Intermediate School District. Schrauben earned her bachelor’s degree in physics from the University of Michigan and master’s degree in engineering from Michigan Technological University.

Other appointees who will serve an initial three-year term with Schrauben that expires December 17, 2021 include:

Mark Pogliano, of Saline, is the principal at Jackson Area Career Center. He previously served as associate dean of occupational programs for Schoolcraft College. Pogliano earned his bachelor’s degree in fine arts and master’s degree in business education from Eastern Michigan University and Doctor of Educational Leadership from the University of Phoenix. He will represent K-12 schools.

Russ Kavalhuna, of Dearborn, is the president of Henry Ford College. He previously served as executive director of the Western Michigan University College of Aviation. Prior to this role, Kavalhuna was a commercial airline pilot for U.S. Airways Express and a federal prosecutor for the U.S. Department of Justice in Grand Rapids. Kavalhuna earned his bachelor’s degree in aviation science from Western Michigan University and law degree from WMU Cooley Law School. He will represent community colleges.

The subcommittee was created by Executive Order 2018-13, which is attached. (JM)