Meeting On Headlee Override Proposal To Be Held Tonight 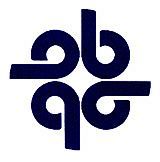 A meeting on the Headlee override proposal to be on the ballot in Brighton this year will be held this evening, beginning at 5pm.

The meeting will be held at the home of Lynn Rosen, at 520 Glenwyth, off Oak Ridge Drive. According to organizer Susan Bakhaus, the purpose of the meeting is to enlist the support of city voters in opposition to the Headlee override that will be on the ballot August 7th. Bakhaus says the meeting is for building owners in Brighton as well as residents.

The meeting will include a discussion on residential and commercial property taxes in the city, the fact that the Headlee override will have no ending date if passed, and other aspects of the ballot issue. If approved, the override will allow the city to collect up to 20 mills in taxes from city property owners. The current millage rate is slightly over 15 mills.

City officials state that the revenues derived from the Headlee override would be used to repair and resurface city streets. A city analysis last year showed that the streets are in from fair to failing condition, and the city doesn’t have the funds in its budget to bring them up to acceptable standards. (TT)