Medical Emergency Cited As Cause Of US-23 Semi Crash 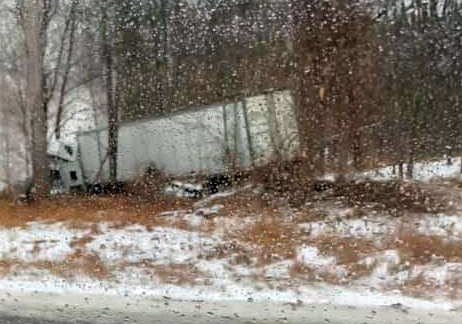 A truck crash that snared US-23 traffic for several hours Wednesday was caused by a medical emergency.

The Livingston County Sheriff’s Office reports that deputies were dispatched just after 4:30pm to Northbound US 23 north of Spencer Road in Brighton Township on the report of a personal injury crash involving a semi-tractor and trailer. The investigation revealed that a 39-year-old Coleman resident was operating a 2017 Freightliner owned by Northern Logistics when he suffered a medical event. He lost control of the semi-tractor and trailer which caused the vehicle to leave the roadway and strike several trees.

It took approximately 60 minutes and extensive extrication efforts by the Brighton and Hartland Area Fire Departments to remove him from the vehicle. He was then transported to a local area hospital with serious injuries. Traffic on US 23 from I-96 was affected for approximately five hours while crews removed the vehicle from the scene. Deputies were assisted at the scene by personnel from the Michigan State Police Brighton Post, Green Oak Township Police, Livingston County EMS, MDOT and Corrigan's Towing. (JK)