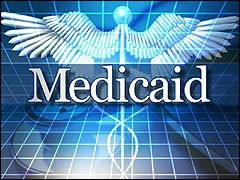 Local and state lawmakers are being asked to put the brakes on the implementation of work requirements for healthy Medicaid enrollees.

The Michigan League for Public Policy’s Health Policy Analyst Amber Bellazaire says that Medicaid is a supportive health program that should not be altered in a way that lessens it or makes it ineffective. She says that “the primary concern as it relates to work requirements is that folks are really already working and potentially have very legitimate reasons for why they are not working, and this just adds an additional barrier, mainly in administrative reporting, that is not necessary.”

The lawsuit claims that the approval of work requirements is illegal and should be blocked. The U.S. Department of Health and Human Services- the defendants in this case, have not commented. Work-requirement waivers have been approved in 6 states, are pending in 9 more, and 3 have been set aside by the courts. Michigan’s waiver also includes heightened and mandatory premiums for low-income enrollees.

Estimates based on how similar requirements played out in Arkansas show that between 61,000 and 183,000 Michigan residents could lose coverage. (MK)