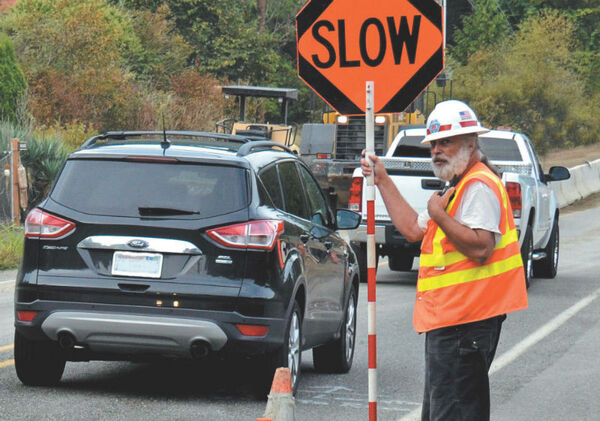 
It’s National Work Zone Awareness Week and the message to motorists across Livingston County and the state is simple – slow down.

The public awareness campaign aims to keep both motorists and road workers safe and prevent tragedies. This year’s theme is “Work Zones are a Sign to Slow Down”.

There are a lot of road and bridge projects planned throughout the state this year and the Michigan Department of Transportation says while work can be an inconvenience to drivers, there is much more at stake than time and money.

MDOT Communications Representative John Richard told WHMI no matter what they do it’s really up to the driver. He said they can put out all kinds of messages and signs, lights, reflectors, cones and rumble strips but if a driver is not paying attention or not driving sober or driving for conditions - all that engineering goes out the window. Richard said this is a week to remind everyone that there are people out there fixing roads and bridges who want to go home and drivers need to slow down.

Preliminary work zone crash information shows that in 2021, there were 19 fatalities, 656 serious injuries and 5,047 total crashes.

There are 365 days in a year and there were over 5,000 crashes in work zones alone last year in Michigan. Richards says most are preventable and that’s why they don’t call them accidents anymore because if someone is tailgating and mad or drunk or not paying attention - it’s a crash not an accident.

Around 1,000 people die every year in traffic crashes in the state. Richard said the reports come in every week and it’s like clockwork; 20-25 people die every week in Michigan in crashes -which is both frightening and sad. He noted a lot of people love to drive and you get people running late, those who think they’ve only had a couple of beers and are fine to drive, road-ragers, tailgaters, people who are older and then people in their teens. Richard says when you get all of that mixed together on the road - they’re going to crash into each other.

National Work Zone Awareness Week runs through Friday. To kick things off today, various safety experts are hosting an event to discuss challenges and solutions for work zone safety. Also as part of the campaign, MDOT is working to increase awareness by encouraging people to wear orange this Wednesday to show support for work zone crews and share photos on social media.