MDOT: It's A Crash - Not An Accident 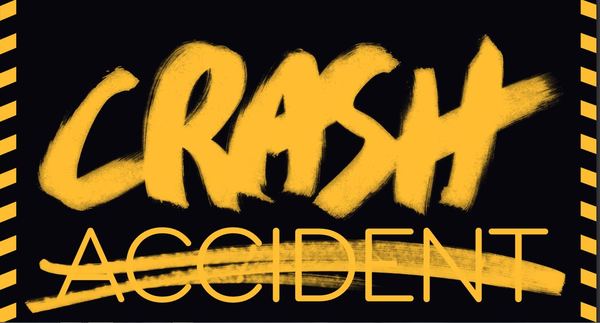 Crash versus accident? Most people have it wrong according to the Michigan Department of Transportation.

MDOT, along with partners in law enforcement, emergency medical and fire service agencies, is urging everyone to call traffic collisions "crashes" instead of accidents. Icy and snow-covered roads are a given in Michigan for several months of the year. Therefore, M-DOT says when a driver crashes because they were driving too fast for conditions – even though they didn't intend to – should it really be called an "accident"? Not so much says MDOT Director of Communications Jeff Cranson. He says when a crash is described as an accident; it implies that no one bears responsibility for the outcome - it also leads to the belief there was nothing that could have been done to prevent it. Most crashes result from distracted, drugged or drunken drivers, or unsafe or illegal actions and only a small percentage are actually the result of equipment failures, animals or medical emergencies.

Cranson tells WHMI the goal is to get people to drive more safely but also take personal responsibility for their actions. Cranson says the whole “accident” term dates back to the turn of the century when a lot of people were being injured in various plants in industrial incidents and industrialists called them accidents. He says later on as automobiles were developed and began to proliferate, there were a lot of conflicts with pedestrians who weren’t quite used to having to navigate streets with motorized vehicles coming at them so people called those accidents. Cranson says words do matter and it makes a difference in how you think about things – because it wasn’t an accident but someone not paying attention, being distracted or driving too fast for conditions. He added it’s also not about assigning blame or making people feel as if someone is coming down on them because we’re all human and make mistakes every time we get in a car. Cranson says the good thing is crashes and fatalities have gone down despite more miles being driven, which he attributes to all of the things going on with automobiles and new technology that are making cars safer such as lane assist and automatic breaking. Cranson added the message is part of a broader campaign to remind people how much responsibility is involved with getting behind the wheel of a heavy machine and driving at speeds of 70 or 80mph. He says it’s on everyone to think about that and be as aware as possible. Cranson says one way of doing that is acknowledging a crash and that it wasn’t an accident but rather happened because someone probably wasn’t paying attention or was driving too fast.

An educational video and a new web page can be accessed through the provided link. (JM)