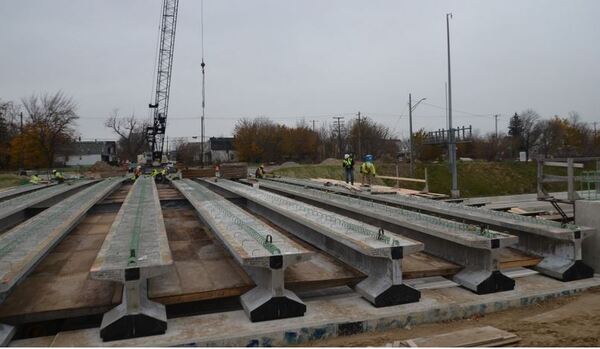 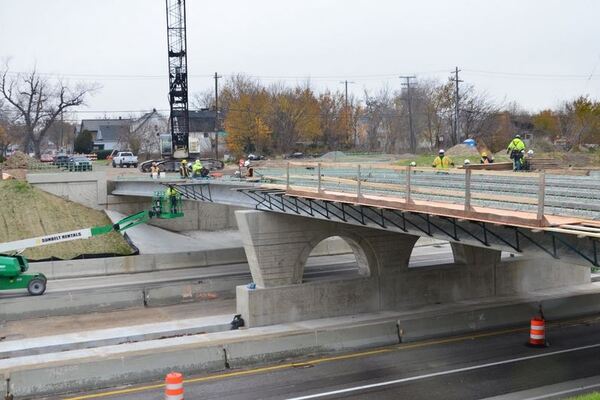 
The Michigan Department of Transportation says it continues to pioneer the use of carbon fiber to reinforce bridge components - a game-changing technology that’s driving the future of durable bridges.

MDOT says it’s leading the way in carbon fiber reinforced bridge beams with the goal of a 100-year bridge in sight. The technology is developed in Michigan and is said to becoming wildly popular all over the country. Since 2001, MDOT has been collaborating with Lawrence Tech University in Southfield on researching carbon fiber reinforced polymer materials in concrete bridge beams. That research has moved from the lab into the field.

MDOT is deploying the materials strategically, using them on higher-volume routes. Two bridges are currently being built with carbon fiber reinforced beams as part of MDOT's massive I-94 modernization project in Detroit.

Steel has been the go-to material for pre-stressing concrete for highway bridges but it has drawbacks. Officials say it’s prone to corrosion and deterioration under assault from extreme temperatures, water, and de-icing chemicals - conditions that are all too common in Michigan. Preventing corrosion and repairing damaged areas requires time and money and can limit the lifespan of the structure. Thus enter carbon fiber - an innovative alternative to steel.

MDOT Chief Bridge Engineer Matt Chynoweth commented the rusting of steel elements is the leading cause of deterioration in the state’s bridges. Since carbon fiber is non-corrosive, he says they’re eliminating that potential for damage and using a material that will not corrode is a “real game-changer".

More than a dozen bridges have been built throughout the state using carbon fiber components.

Detailed information is available in the provided link.