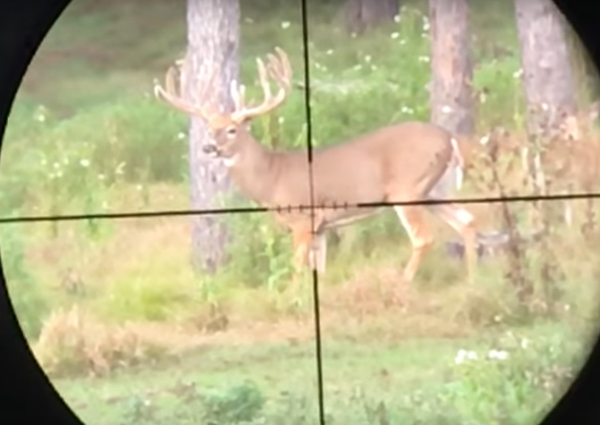 
Today marks the start of firearm deer season across the state and Livingston County hunters hoping to bag a buck this deer season have many reasons to be optimistic.

Deer, Elk, and Moose Management Specialist Chad Stewart with the Michigan Department of Natural Resources says overall they’re looking at really good trends throughout most of Michigan - although it always depends on where a person is hunting. He says prospects vary in each region but generally, they’re expecting a really good harvest in southern Michigan – adding a lot of trends in most areas have been indicating a stronger or healthier herd that’s certainly on the upswing. Stewart noted the Upper Peninsula is really variable and can be challenging but there are some areas such as the south-central region where deer are still fairly abundant and hunters will have a good chance of success.

The DNR is still asking that hunters help in the fight against chronic wasting disease, which Stewart says is something that’s probably not going to go away and most states in Midwest at this point have it. He says the DNR is in a constant mode of trying to understand different management techniques to minimize the impact of the disease long term while also expanding their surveillance program and testing this year.

Stewart stressed that undoubtedly most of the deer in Michigan will not have CWD and it should not be a deterrent or major cause for concern. He tells WHMI they want people to go out and enjoy hunting - just be aware of where the disease exists and testing options because you can never really tell unless a deer is tested.

Stewart again asserted most hunters will be harvesting healthy animals this year. He said sometimes it might feel like a lot of deer have the disease because it gets talked about so much but even in their most infected areas where the disease has been identified, at most, they’re looking at 5% of the animals in an area that has it. Stewart noted it might not sound like a lot but it really is and numbers will only continue to grow it - which is why they place a lot of emphasis on CWD because of the nature of how its spread.

Stewart said the DNR is hoping to expand the surveillance area and rotate around the state every couple of years and are starting in the extreme southern portion of Michigan, which are basically the bottom three tiers of counties. That includes Livingston County. Stewart says they encourage hunters to submit deer for testing, which will help with an overall understanding of CWD in the landscape in the different counties where people hunt but also offer them peace of mind of whether it is detected in the deer they harvested or not.

When it comes to safety, Stewart says hunter orange laws are in effect for a reason and hunters should know their gun, be proficient in it and practice safe handling measures. He stressed they want everyone to be safe especially when dealing with firearms. For those using a tree stand, Stewart says to make sure to have a well-used safety harness and that the tree is locked in and the straps are strong enough to hold someone.

Stewart reminded that a baiting ban remains in place throughout the Lower Peninsula. He commented that hunters may see different baits or attractants or things for sale at different stores and there’s no law prohibiting selling or buying it – but there is a law prohibiting using them so people should be careful and aware that still exists. Stewart added that’s also prohibited in a small part of the UP, specifically southern Dickinson County in the DNR’s core CWD surveillance area.

Stewart commented that people further need to understand their limitations. He says someone who might not exercise regularly might go out, shoot a deer and try to move it on their own and they don’t always realize that deer can be really heavy. Stewart said they’ve seen instances where people have had heart attacks or over-exerted themselves when trying to move a deer so people need to know their limitations. If a person does have limitations, Stewart says they need to make sure that they’re asking for help before they get into some sort of health crisis.

Additionally this year, the DNR is rolling out a new voluntary program to report harvests online.

More information about deer season, regulations and programs are available through the provided link.