Voters Encouraged to "Follow the Money in Michigan Politics" 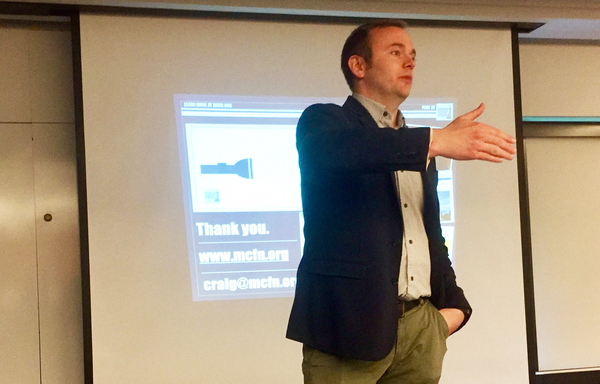 A presenter on campaign finance says citizens must do their due diligence in researching the financial supporters behind a political candidate.

The League of Women Voters Brighton/Howell Area Unit hosted the “Following the Money in Michigan Politics” seminar at the Howell Carnegie Library Wednesday. The event featured Craig Mauger, Executive Director of the Michigan Campaign Finance Network (MCFN), who discussed the influential amount of money increasingly being poured into politics. MCFN is a nonpartisan group that aims to educate the public about the impact and role monetary contributions made to politicians play in a governmental system.

Mauger says this year’s state election could be unprecedented in terms of the amount of campaign money being spent. Mauger says current indicators show interest groups are not only collecting a record amount of funds, but that the money is also becoming harder to track back to the source. The source can use that “dark money” to spread misleading advertisements without fear of repercussions.

Mauger feels the growing financial influence and its diminishing paper trail is affecting not just the public, but more importantly, policy makers themselves. While donor-funded ads and sponsorships are an obvious and intended influence on voters, the simple knowledge of who is donating and why may have an even greater impact as it can direct the way an official votes on issues that are of interest to a donor.

Mauger says money isn’t the only form of power, but that information can be too. He encourages voters to take an active role in researching candidates and their donors prior to the election to determine how those funding sources could affect a political figure’s decisions.

More information about the MCFN and its mission can be found at the link below. (DK)