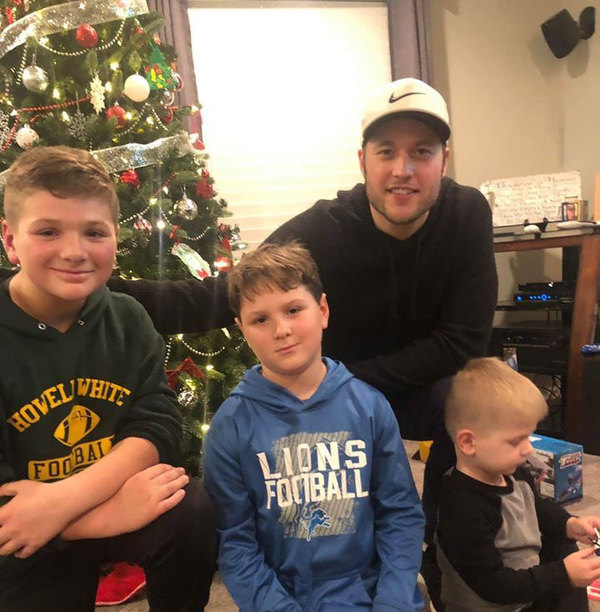 The couple surprised three young fans that recently lost their father at their home in Howell. Their reaction to seeing their favorite quarterback was priceless and a video has since been making the rounds online. After delivering presents to the kids, Matthew Stafford played the boys in Madden NFL, as himself.

The Stafford’s have three young daughters. Matthew has fractured bones in his back and was officially placed on the injured reserve list while Kelly had surgery to remove a brain tumor last April. The couple adopts families annually for Christmas and is known for performing random acts of kindness during the holidays, as well as year round throughout their community. Facebook Photo. (JM)