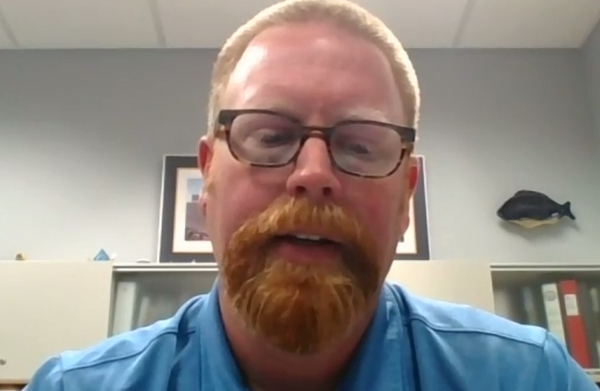 
A new Health Officer/Director has finally been named for the Livingston County Health Department and it’s the current interim director who was also the preferred candidate among many county employees, staff and local leaders.

After a lengthy search process and months of debate and back and forth on how to proceed with hiring a new director, the Livingston County Board of Commissioners met Monday evening and voted to appoint Matt Bolang to the position.

Candidates were interviewed by the full board on October 31st, with four that met the qualifications of the job description moving on to Monday’s meeting.

Longtime Director Diane McCormick retired July 1st. Her recommendation was to appoint Deputy Health Officer Matt Bolang to the position, who is also the Director of Environmental Health and has been serving as the interim director since McCormick’s departure.

The other favored candidate was Thomas Latchney, who previously worked with the local Health Department as an environmental sanitarian. He is currently an environmental health specialist in the University of Michigan’s Infection Prevention and Epidemiology Department.

Smith commented prior to the vote that both were good candidates and stated whoever was selected would have the full support of the board and be given every opportunity to succeed.

Some other Commissioners also expressed the two were both strong candidates.

A lengthy call to the public kicked off the meeting, with regular commenters again pushing conspiracy theories and medical freedoms, raising objections to vaccines and masking requirements, and referring to flawed guidance from the CDC and state. One warned that they would not comply with anything that happened in 2020 and the board could “expect a lot of pushback”. Some also requested that commissioners wait to name a new director until the new board comes in, following last week’s election.

Commissioner-elects were in attendance at Monday’s meeting and recognized by Nakagiri.