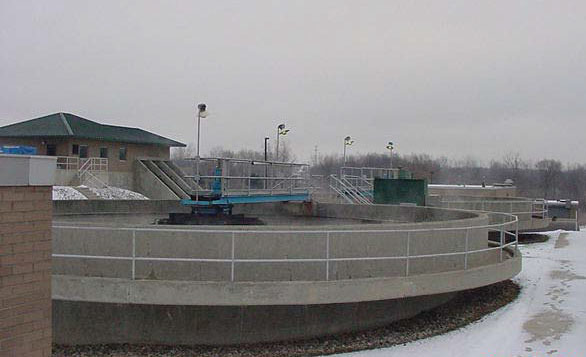 Marion Township officials are working with the City of Howell and Pepsi to form an agreement that will get needed improvements to their waste water treatment plant completed.

Howell Interim City Manager Erv Suida and representatives from the Capital Improvement and Rate Advisory Board were at Marion Township’s meeting last week to discuss what such an agreement would look like. The total estimated project cost for improvements that don’t include increasing capacity is around $14.6-million. Pepsi, which operates a plant in Howell, has offered to pay $4-million, leaving the remaining amount to be split between Marion Township and the City. Marion Township Supervisor Bob Hanvey said there were a series of improvements that were anticipated to be done because of predicted growth years ago, but because of the 2008 recession, everything slowed down. But the equipment is still wearing out, and now needs to be replaced.

Pepsi currently processes its own waste but is looking to move away from that, sending it to the Howell plant. $4-million was seen as a beneficial number for all parties, with Suida confident that Pepsi’s effect on the Howell plant would be very manageable.

For remainder of the project cost, Marion Township would pay for 32.46% of it under the agreement, with the City covering the rest. That puts Marion’s estimate, which was noted as conservative, at about $3.4-million. They would pay it off through a State Revolving Fund loan over 20 years. The improvements are expected to last for at least 20 to 25 years. If the Marion Board and Howell City Council can approve the agreement before an April 24 state deadline, Suida said its possible construction could begin this fall.