Marine Reserves Claim They May Have Encountered Bigfoot 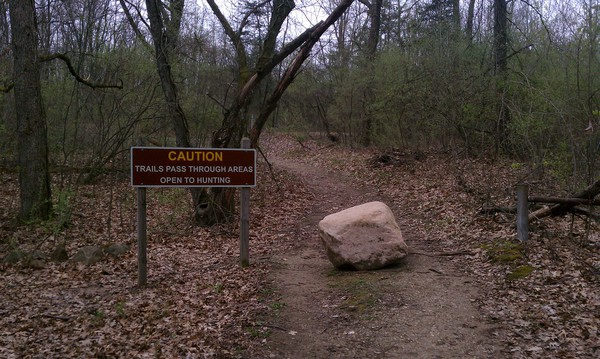 Two Marine reserves camping in a local recreation area claim they may have a had a run in with a legendary beast.

23-year-old Wil Neill of Utica and 20-year- old Tyler Kroetsch of Livonia were camping at Waterloo State Recreation Area last month, near the Waterloo-Pinckney Trail. In a message posted on the discussion website Reddit, one of the two Marine reserves wrote that they may have had an encounter with Bigfoot. According to MLive, around 2am one morning, they wrote they were awoken by footsteps that sounded as though they were 20 to 25 feet away. The duo heard what they could only describe as the most “loud, freakiest, inhuman yell, scream” or “roar” shouted at them twice. The creature then took off running in what sounded like a two-footed run.

When it was suggested that it may have a been a cougar, the Marine reserve wrote that the sounds of the impact made by the feet of the creature crashing through the woods weren’t made by something running on four feet. The screams from the animal, he said, weren’t at ground level, either, but instead coming from 5 to 7 feet above ground. The growling filled the entire forest. The Department of Natural Resources has confirmed 35 cougar sightings in the Upper Peninsula since 2008, but not one has been confirmed in that time in the Lower Peninsula.

The poster said he and his friend are both avid outdoorsmen, and that they grew up in camping families. He claimed that they are no strangers to wildlife or the wilderness, but that this was unlike anything either of them have ever heard.(MK)