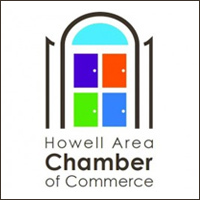 Recipients of the annual Margret Starkey Scholarship Award have been announced.

After receiving and compiling nomination applications, the Howell Area Chamber has selected the following college students for scholarships; Damian Walker of Hatch Stamping and Mott Community College Student, Michael Goble of the Howell Parks and Recreation Authority and Washtenaw Community College Student, and Carol Smith of MS Powertrain technology and Cleary University Student. The scholarship honors the memory of Margaret Starkey who served as executive assistant at the chamber for 31 years, from 1956 to 1987. Starkey was known for being a dedicated and enthusiastic woman who had a great attention to detail and love for serving the community. Officials say all recipients represent a dedication to continued education in the pursuit of their professions –noting the three individuals are each at a different stage in life, career, and education broadening the classic depiction of a working student.

The recipients will be honored with their certificates at the “We ARE Livingston” program as part of a community conversation based around the future of education on September 17th, which starts at 7:45am at Crystal Gardens Banquet Center. The program, formally known as Good Morning Livingston, has been redesigned with a new format featuring insights from various community leaders. They include Howell Public Schools Superintendent Erin MacGregor and Laura Hoehn, who serves as the Career and College Readiness Coordinator at Livingston Educational Service Agency and Coordinator for Livingston Career and College Access Network. Also featured are Business Development Manager in the Business & Community Institute of Lansing Community College Luanne Bibbee; Charles Carver, the Director of Program Advancement from Michigan International Prep School; John LeGalo, Principal of Innovation Academy at Howell Public Schools, and Emily Barnes, a Provost & CAO at Cleary University.

Scholarship recipients will also be featured in a video produced by the Howell Chamber which dives into the life, struggles, and dreams of working students in Livingston County as well as the impact of the scholarship on their lives. (JM)