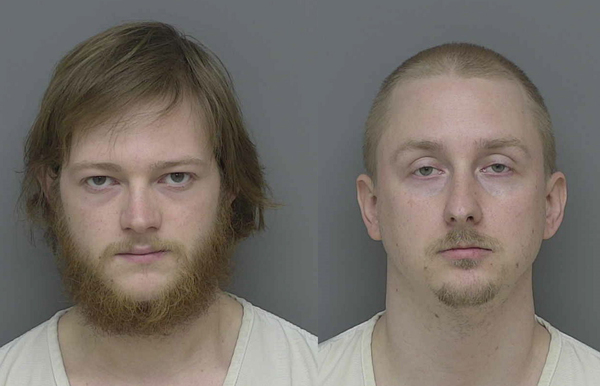 A local man charged with possessing child sexually abusive material is headed to trial, while his co-defendant has entered a plea to related charges.

32-year-old Stephen Deshon was recently bound over to Livingston County Circuit Court, after a judge determined there was enough evidence to send his case to trial. He is charged as a fourth-time habitual offender and faces one count of possession of child sexually abusive material and one count of using a computer to commit a crime.

His co-defendant, 23-year-old Clifford Fouts, entered a plea Friday, pleading guilty to one count each of child abusive commercial activity, using a computer to commit a crime, and possession of child sexually abusive material. In exchange for his plea, prosecutors agreed to dismiss the remaining four counts against him and to a sentence that will be in the middle of the recommended guidelines, in addition to a concurrent sentence. Fouts will be sentenced June 27th.

Deshon and Fouts, both of Brighton, were charged following an investigation by Michigan State Police from the Brighton Post. State Police say they began an investigation of the two men after receiving tips from the National Center for Missing and Exploited Children. They raided a home in Livingston County and found multiple internet-capable devices and evidence that contained the sexually abusive material. Both suspects then turned themselves into troopers at the Brighton Post. (DK)