Massive Training Prepares For The "Most Unthinkable Day Ever" 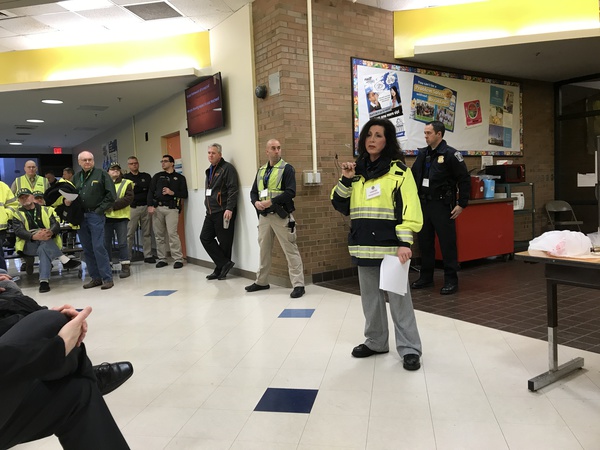 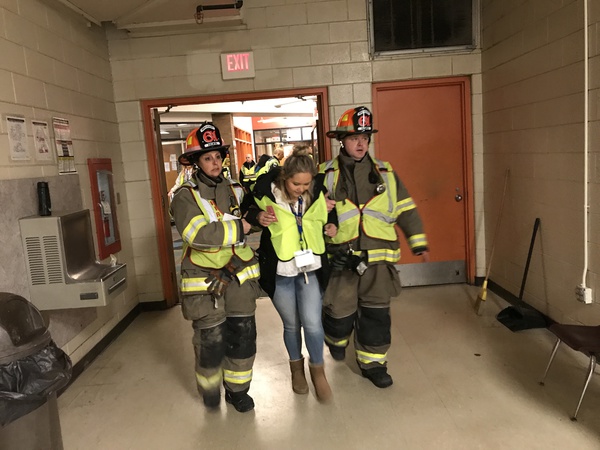 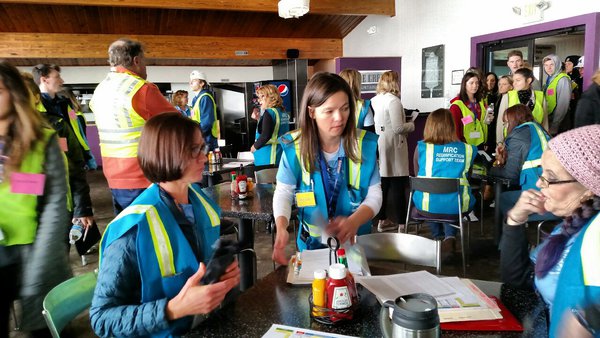 Also included were about 70 observers, many of whom were students, parents and officials from various school districts. The four-hour event role-played how officials would handle the aftermath of a school shooting scenario. Livingston County Emergency Manager Therese Cremonte briefed the assembly of participants on the importance of the exercise in learning the most efficient methods to try and deal with the chaos that would inevitably follow such an event. She said their first priority would be to move survivors out of the crime scene, and then safely reunite students with their parents or guardians. Secondarily, authorities wanted to test out their ability to accurately and efficiently deal with the media and release information as needed.

The exercise assumed a shooting incident had occurred at Brighton High School at 7:15am involving an 18-year-old female who brought two handguns into the school and killed eight classmates and a teacher before taking her own life as the school’s resource officer approached. Student actors that were counted among the injured began to enter Maltby, which served as a triage location, by 10:25am. The first press briefing was held at 11am at a Joint Information Center (JIC) that was set up at Hornung Elementary, with a follow-up at 12:30pm.

The reunification process at Mt. Brighton was assisted by a computerized system from Raptor Technologies that paired up students with parents. The company's product is being considered for use by the Brighton district. The system provides, "mobile guardian validation, reunification processing, and student release tracking." Jim Vesterman is the company’s CEO and said he was impressed by the scale of the exercise, noting it was the largest he had been a part of across the country, adding that most communities do not run these scenarios and commended Livingston County authorities for taking a proactive approach.

A debriefing, known as a "hot wash," ended the exercise at Mt. Brighton as participants discussed what went well, what didn't and what could be improved. The general consensus was the exercise was a success, but additional organizational resources need to be given towards the reunification process that would better prevent a rush of parents coming into a scene and disrupting the process.

Cremonte thanked all who participated and re-emphasized the importance of what they were doing. "This is a progressive step in preparing for the worst situation we've ever seen,” adding that they were, “...planning for the most unthinkable day ever." (JK)