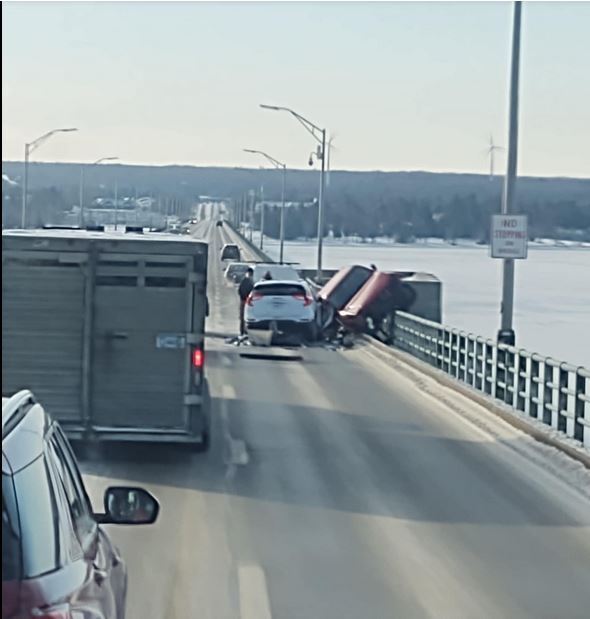 
Two local men were hospitalized after a crash on the Mackinac Bridge Friday morning, which left one of the vehicles partially hanging over the side guard rail.

MLive.com reports the bridge was closed in both directions after the two-vehicle crash, which occurred around 10:40am. Various photos were shared on social media showing a pick-up truck that had two wheels hanging over the guard rail of the bridge.

The Mackinaw City Police Department said the crash occurred when Scott Bartholomew of Fenton was driving a vehicle northbound, lost control, crossed the center line and crashed into a southbound vehicle driven by Jeffrey McCague of Brighton. Bartholomew’s vehicle was hit broadside and eventually stopped with two wheels hanging over the guard rail.

The bridge re-opened to traffic around 12:30pm.

MDOT Spokesman James Lake said the Mackinac Bridge Authority examined the crash site and “It appears the railing did its job”. He noted that the top rail was bent but the railing system is sound. The MBA will repair the bent rail at a later date.