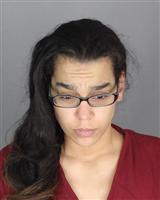 
A Lyon Township woman has entered a plea after she and her boyfriend were arrested for trying to impersonate a police officer.

51-year-old Leonard Charles Harris and 24-year-old Leanna Paige Garcia-Stowe were pulled over May 16th by undercover Oakland County Sheriff’s detectives in the Kensington Place mobile home community at Grand River and Kent Lake Road. Officers said the couple began following the undercover vehicle in an SUV with police-style lights in the windshield. Two children, ages 1 and 2, were also inside the SUV at the time.

A background check determined that Harris was a convicted felon and in illegal possession of a police-style emergency LED flashing light, along with a 9mm semi-automatic pistol; a semi-automatic starter pistol; a police-style badge; a set of police handcuffs; a police scanner and a spotlight. Also discovered in the vehicle was a plastic straw containing suspected cocaine residue. Harris reportedly admitted to the detectives he had used the police lights and other equipment to impersonate a police officer. After impounding the SUV, police turned over the two children to the custody of their grandmother.

Harris was charged with being a felon in possession of a firearm and flashing lights, and possession of less than 25 grams of cocaine. Garcia-Stowe was charged with carrying a concealed weapon and the same drug offense. In Oakland County Circuit Court on Thursday she pleaded guilty as charged to the counts against her and will be sentenced November 25th. Harris, meanwhile, faces a pre-trial hearing on his charges September 30th.