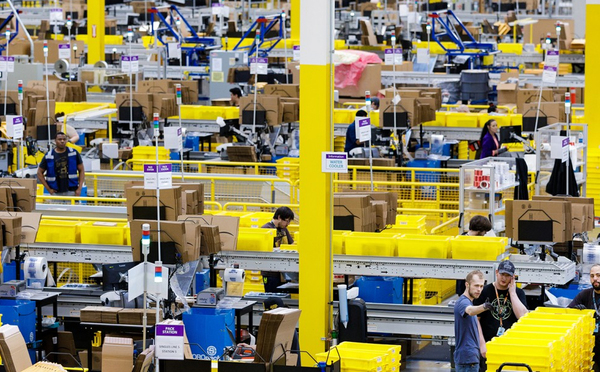 
The Lyon Township Board of Trustees will consider approval of an Amazon distribution center at their meeting tonight.

Amazon Inc. has proposed to develop a nearly 87,000-square-foot distribution facility along Grand River, west of Napier Road. The Lyon Township Planning Commission recommended approval last month of granting a special land use for the facility and a temporary parking lot. The lot in question, located on Automation Boulevard, sits in a Wellhead Protection Overlay District, requiring additional safeguards to prevent groundwater contamination.

Amazon officials say the distribution facility will be part of the company’s "last mile" operation, in which packages will be shipped from regional distribution centers, and then sorted to specific routes for delivery. It’s expected the facility, which would operate 24 hours a day, will be completed by the end of the year if given final approval. The Lyon Township Board of Trustees will meet at 7pm at the township hall on Grand River in New Hudson.