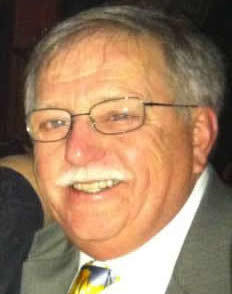 
The Lyon Township board bid farewell to a beloved member who is retiring after 30 years of service while also welcoming a new member following Tuesday’s General Election.

Supervisor John Dolan, Clerk Michele Cash and Treasurer Patty Carcone all ran un-opposed. Incumbent Trustees Kristofer Enlow, Sean O’Neil and Lise Blades were all re-elected and will be joined by newcomer Robert Swain. He’ll replace longtime member John Hicks who is retiring after 30 years of service to the township.

The Board of Trustees met virtually on Wednesday night. Clerk Cash reported during the meeting that there was a really nice showing from residents on Election Day. She said they unofficially had an 81.7% turnout, which was pretty amazing. Cash said they have a fantastic team that “knocked it out of the park” on Election Day. She added there was a huge amount of ballots for their absentee counting board to process but everything got done, signed, sent and sealed safely to the county.

Supervisor Dolan stated that he was honored to have been re-elected, saying it’s very humbling and assured residents that he takes it extremely seriously. Dolan congratulated the board for their victories in the election, saying he’s worked very well with members for the last four years and is honored to work with them. Dolan said he’s very appreciative of the board and thinks everyone has a good place in their hearts trying to do the right thing for the township, which really shows.

Board members congratulated Hicks on his retirement saying he’ll be very much missed and thanked him for his many good years of service and dedication to the township in a lot of different ways. Hicks thanked everyone for their kind words and said he’s met a lot of wonderful people over his 30 years who have all been great, adding he’s never faced any open hostility during that time and it’s just been a wonderful experience that he’ll miss but assured everyone he’ll “keep his nose” in things.

Treasurer Carcone reserved her comments until the end of the meeting and got choked up. She said Hicks is a dear friend who she has worked with for almost 30 years. Carcone said Hicks has done so many things for the township, headed up many committees and done so much research; adding he stays involved at the township hall and their office loves him very much. Carcone said she’s very fond of Hicks and thinks if constituents could see all the work he’s done over the years they would applaud him – saying his heart has always been with Lyon Township and he’s been a wonderful trustee.

A future luncheon is being planned to thank Hicks for his years of service.