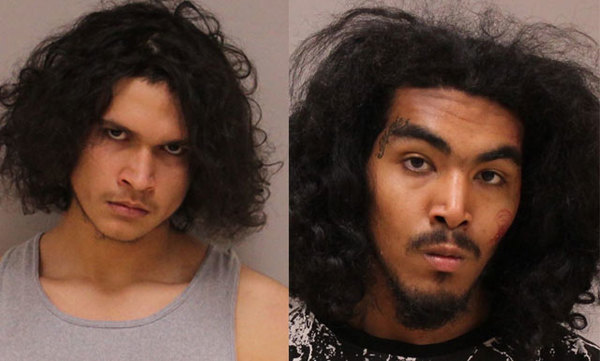 
Two gang members allegedly involved in a Lyon Township gun store break-in may have given themselves away through posts on social media.

Warrants were issued in 52nd District Court in Novi, Tuesday, for 18-year-old Dylan Hinkle and 19-year-old Emanuel Northern, both of Grand Rapids. The two are charged with breaking and entering with intent to commit larceny for their suspected September 21st break-in at Huron Valley Guns in New Hudson.

Oakland County Sheriff’s Deputies were alerted to the break-in through an alarm company and discovered a concrete block had been thrown through the window. A release from Sheriff Michael Bouchard’s office states that they were unsuccessful in stealing weapons from that location. Surveillance video captured images of the Jeep the suspects were driving and the clothing they wore.

After sending out a bulletin, Portage police contacted Oakland County detectives describing a similar break-in there, where numerous laser-equipped training pistols were stolen from another gun store.

They are being held on $50,000 bond in the Kent County Jail on a federal charge of conducting a criminal enterprise. A third suspect was involved, but has not been caught.