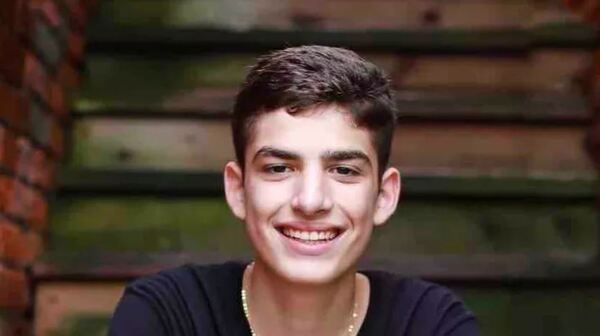 UPDATE: The hearing has been canceled and the judge in the case is reportedly writing up a new order concerning the bond for Liggens.

ORIGINAL STORY: A court hearing is scheduled tomorrow on a request to increase bond for the suspect charged in drive-by shooting that seriously injured a Livingston County resident.

Joshua Antwan Liggens is accused of firing multiple shots at eight adult teenagers while their truck was exiting a club parking lot in Kalamazoo October 2nd. 19-year-old Luciano Rinna of Tyrone Township was among those injured and was shot in the face.

His mother Kimberly Rinna says his body is physically healed but they still have a long way to go with his mouth injuries with speaking, chewing and swallowing. He was hospitalized for 33 days and is currently undergoing physical, occupational and speech therapy. He also has bi-weekly trips to an oral surgeon.

Liggens is charged with eight counts of assault with intent to commit murder and eight felony firearm counts. An arrest warrant was issued in late October but Liggens avoided arrest until November 22nd. At his arraignment, prosecutors sought a $1 (m) million bond based on multiple factors, including increased flight risk.

Rinna’s mother says a judge instead ordered a $20,000 bond and would not agree to order GPS monitoring. She’s encouraging friends, family and community members to attend a bond hearing at 1:30pm tomorrow in Kalamazoo to “stand united against this injustice”.

More than $26,000 has been raised as part of a GoFundMe campaign that lists a $50,000 goal. Additionally, Wings Etc. in Hartland is also selling hats and will donate a portion of those fundraiser proceeds to assist the family. A link to the GoFundMe page is provided.