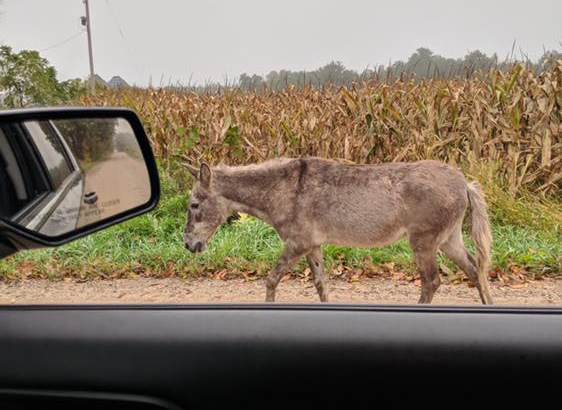 Eeyore has been reunited with its owners.

The donkey, which was named Eeyore by Argentine Township police after discovering the donkey wandering down Rolston Road near McCaslin Lake Road, was returned to his owner Monday morning with the assistance of social media. After the officer noticed the donkey a nearby resident came out and put a rope around its neck. He was then taken to a farmer at Smith and Duffield roads for safe keeping.

Police then posted on their Facebook page about the donkey, receiving over 100 comments and nearly 1,900 shares. In less than two hours, Eeyore’s owner was located and reunited for a happy ending. (JK)