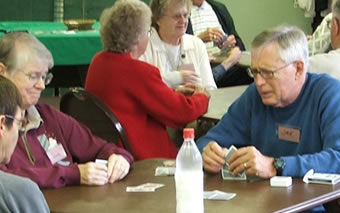 The city of Fenton has agreed to back out of a long-standing financial agreement in an effort to give The Loose Center in Linden a more consistent form of funding.

For over 20 years Fenton has assisted with funding the senior center, after entering into an agreement with Linden, Tyrone Township, Fenton Township and Argentine Township in 1996. The Loose Center is a facility that provides educational, companionship, and wellness services to approximately 5,000 local senior citizens. Over the years, the funding formula for the center has varied, with various municipalities withdrawing from the agreement, leaving just the cities of Fenton and Linden.

A new agreement is now coming to fruition which will now see The Southern Lakes Parks and Recreation provide the center with a consistent $72,000 a year through their millage pool. Fenton’s Mayor Pro Tem Patricia Lockwood praised the new agreement saying it will allow The Loose Center to better balance a consistent yearly budget.