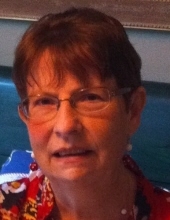 A longtime local school administrator will be laid to rest this weekend.

Pinckney Community Schools Assistant Superintendent Linda Moskalik passed away Wednesday from complications after a fall that left her with a fractured neck vertebra. She was 68, but had suffered for more than 30 years from rheumatoid arthritis.

Moskalik had served as Pinckney’s assistant superintendent for finance since 1995, according to Superintendent Rick Todd who told WHMI she had a, “tremendous gift” of knowing the district’s history in terms of the challenges that Pinckney has had to overcome, “the many, many financial changes that have occurred at the state level, specifically with Proposal A and has been such a valuable asset” as they continued to work through declining enrollment and resolve a previous financial deficit. Todd said that through all of that, Moskalik “created positive relationships, along with a high level of respect…due in part to the high level of integrity, character, efficiency and thoroughness in which she did her job and carried herself as a person.”

He also reminisced that she was “extremely passionate about Disney” staying at Disney World in Orlando every chance she could. Todd said she was, “truly a kid at heart when it came to talking about Disney.” Visitation for Moskalik will take place Friday at Lynch & Sons Funeral Home in Walled Lake 3 until 7pm, when a vigil service will take place. A funeral will follow Saturday at St. William parish in Walled Lake at 10am. (JK)