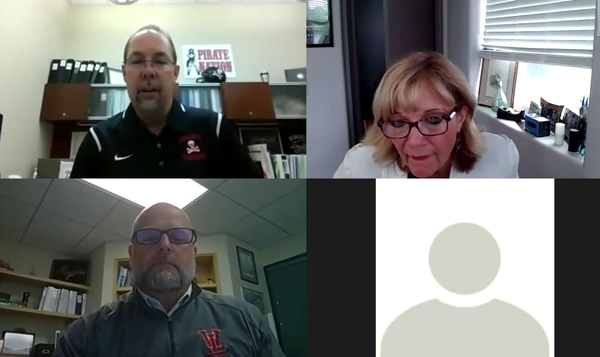 
At a Thursday morning Webinar, superintendents from three area school districts got an opportunity to discuss what steps their districts are considering in the wake of the COVID-19 pandemic and the various executive orders coming from Governor Gretchen Whitmer.

The Webinar was provided and sponsored by the Greater Brighton Area Chamber of Commerce. The Webinar’s maximum participation allowable was 110, and Chamber President and CEO Pam McConeghy said that they could have easily had 150 online participants. The guest superintendents included Greg Gray of the Brighton Area Schools, Rick Todd of the Pinckney Community Schools and Tom DeKeyser of the Whitmore Lake School District. One of the questions was what are the projections for the amount of the cut in state per-pupil funding to local districts. Supt. Gray replied that the figure most prominently mentioned is $650 per student, which, for Brighton, would mean a loss of $5.4 million in revenue. Such a drop in state aid would have the potential of reducing Brighton’s fund balance to $2.6 million in just one year, without budget cuts. In Pinckney, which is a deficit district, the loss in revenue would have an even greater impact. Minus any budget cuts by that district’s board of education, Pinckney would have a negative fund balance of $2,297,000 after the state per-pupil aid cuts. Whitmore Lake’s DeKeyser, commenting that the state aid cut could be $1,600 over the next two years, said, “If you cut that amount, you’re going to decimate school districts all over the state.”

The superintendents also discussed the possible scenarios that might accompany the reopening of in-building classes for the fall term, and the effect that COVID-19 and social distancing might have. Todd said that classrooms with 30-35 students simply are not designed for a minimum of six feet of space between students. To a question from a parent of whether the students will have to wear masks, the superintendents replied that it will be whatever the local health depts. and the Centers for Disease Control and Prevention (CDC) says the protocol should be. The superintendents also responded to a question about the impact of long-term isolation on students’ mental health. They said the social and emotional aspects of the stay-at-home directive, how to deal with it, and the switch from classroom to online learning, are discussed by administrators and staff on a daily basis.

McConeghy said afterward that the Webinar was successful, remarking that the superintendents “covered a lot in that hour.” McConeghy said the reason the chamber put on the Webinar is because “It’s been extremely difficult for the families. (The school districts) are trying everything they can do to make it a successful school year; they’re trying all the options.” She said the superintendents Webinar was one of a regular series of Webinars the chamber has been presenting as a service to area residents and businesses.

The May 28th Webinar can be viewed on by https://www.youtube.com/watch?v=mW9t7WRbgfg