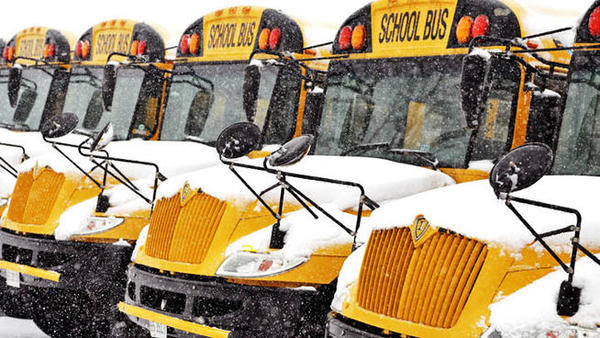 Some local school districts may need to consider seeking “forgiveness days” in the future, should recent “snow days” cause them to exceed their appropriated number of closures.

Districts are given six allowable days per school year for which authorities can cancel classes due to conditions out of their control. Under the State School Aid Act, if those six days have been used, the district can be granted up to three additional days with the approval of the state’s superintendent through a waiver. The recent snowy conditions and dangerously cold temperatures have caused authorities for school districts across Livingston County to use several of their allocated days in a short amount of time.

Thomas Gould, Director of Public Relations for Howell Public Schools, told WHMI Wednesday was the last of their "forgiven time" days and that district officials do plan to apply for the additional days. As of Thursday, both Pinckney Community Schools and Hartland Consolidated Schools had used all six days. Pinckney Superintendent Rick Todd says in the instance they need to use more in the future, he would also pursue a waiver, “…especially given the Governor's declaration of a State of Emergency”. Hartland Superintendent Chuck Hughes says he hopes they will not need to use any more days but if they do, they will look at all possibilities for making the days up and, if all else fails, possibly request a waiver. Hughes adds it would be his hope that the State Superintendent would consider the Governor’s State of Emergency and “consider this a good rationale in deciding any submitted waivers”.

As for Brighton Area Schools, the district’s elementary schools have hit their limit of six days, while grades seven through 12 are at five. Superintendent Greg Gray noted aside from the waiver, districts going over the maximum can make up the necessary classroom instruction days by tacking them on at the end of the school year or within the school year. (DK)