Local Pair Charged With Assault With Intent To Murder 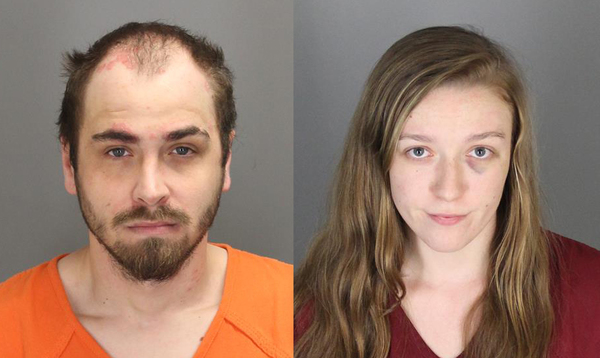 Two local residents have been charged in connection with what police say was intended to be a fatal assault on a man in Lyon Township.

28-year-old Christopher Simons of Fowlerville and 24-year-old Jessica Kropiewnicki of Lyon Township were both arraigned on charges of assault with intent to murder. Deputies with the Oakland County Sheriff’s Office Lyon Township Substation were called out the morning of May 5th on a home invasion complaint in the 26000 block of Martindale Road. The homeowners say they had returned to find their front door forced open and blood both inside and outside the home. They eventually discovered a man covered in blood in their bathroom who had obvious head wounds. Lyon Township firefighters and Huron Valley Ambulance arrived and transported the victim to an area hospital. While there, the man told medical staff and deputies that he had been attacked with a baseball bat by multiple people and was able to provide partial information on their identities. Detectives later determined the man had broken into the home in order to obtain help for his injuries.

Two days later, deputies received information the Livingston County Sheriff’s Office had arrested the one of the two potential suspects on unrelated matters. That person was Kropiewnicki, who police say gave voluntary information which led detectives to the location where they believe the original assault occurred. Kropiewnicki reportedly admitted that she and Simons had set the victim up, hit him on the head with a baseball bat and threw him in a river in a wooded area. During a search of the crime scene, detectives matched a pair of glasses that were found to the glasses worn by the victim in his driver’s license photo. The 30-year-old Northville man remains hospitalized and was last listed in stable condition with significant injuries.