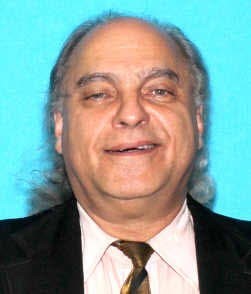 A local man has admitted to his involvement in a mortgage foreclosure scheme in which he stole thousands of dollars from residents across the state. 56-year-old Lawrence Adell Sefa of Tyrone Township appeared in Livingston County Circuit Court Friday and pleaded guilty to one count of conducting criminal enterprises.

In exchange for his plea, the Michigan Attorney General’s Office agreed to dismiss the 29 remaining charges against him and will recommend no more and no less than one year in the Michigan Department of Corrections if Sefa makes full restitution at $116,615 within 90 days. If Sefa pays half of the restitution in that time frame, the AG will agree to a 12 to 40 month sentence. If he pays no restitution, the AG will request 36 to 60 months at Sefa’s sentencing August 2nd. At his hearing, the court directed attorneys to submit an order with the names and addresses of Sefa’s victims for distribution of restitution.

In addition to the charge of conducting criminal enterprises, Sefa was originally charged with 14 other felonies of false pretenses, and 15 counts of Credit Services Protection Act violations, which are misdemeanors. He is said to have stolen tens of thousands of dollars from Michigan residents facing mortgage foreclosures in a scam he operated through his company. An investigation was launched after multiple complaints were made regarding Sefa and his company, LAS Loan Assistance Centers.

Clients claim Sefa and LAS took money from them up front for mortgage assistance and/or debt settlement, but never provided the promised services. Sefa and LAS allegedly guaranteed specific outcomes, such as lower monthly mortgage payments, which is impossible to do. Sefa is also said to have withheld his clients’ personal financial documents when asked to return them. (DK)