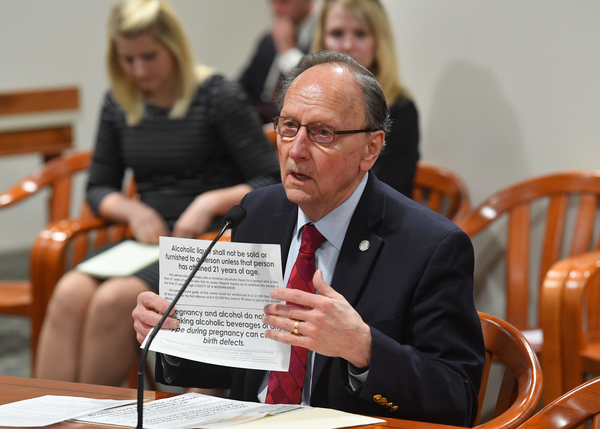 A bill sponsored by a local lawmaker is advancing that calls for additional public education about the dangers of mixing alcohol and pregnancy.

HB 4112 sponsored by Fowlerville Republican Hank Vaupel would mandate that restaurants, bars and retail facilities must include certain language as an addition on signage currently mandated by law or on menus. Liquor stores and other businesses selling alcohol must post the warning sign in a prominent place within their establishments. Bars and restaurants with seating could meet the requirement by having the notice on their menus. The proposed warning language would read “Pregnancy and alcohol do not mix. Drinking alcoholic beverages of any type during pregnancy can cause birth defects”. The Department of Licensing and Regulatory Affairs would be responsible for developing and furnishing the signs, meaning businesses would face no extra costs when implementing the new plan.

Vaupel feels the additional public education will lead to greater awareness about a serious health issue. He says it’s a very important bill that really won’t cost taxpayers anything and sellers don’t have to do anything extra either as it’s just an added warning on a sign they are already legally required to have state people must be 21-years-old to consume alcohol. He feels if the new language prevents one child from being born with Fetal Alcohol Spectrum Disorder - it will be worth it.