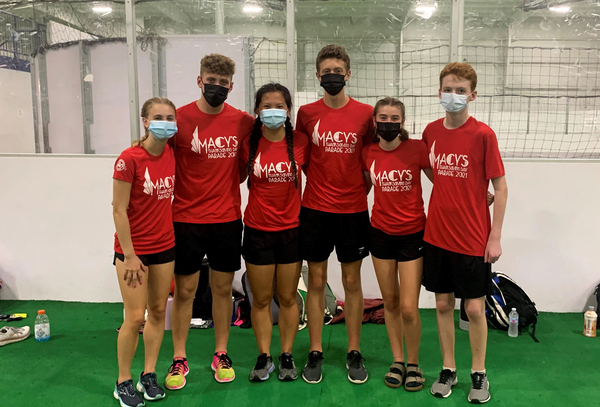 
When the 95th Macy’s Thanksgiving Day Parade takes place on November 25th in New York City, over 100 jump rope athletes from 21 states— including six Livingston County athletes from the Jumpin’ Allstars - will participate.

Shah says she and co-coach Renee Nix are “beyond ecstatic,” saying the team has been “working extremely hard to train for the two-hour-long parade route,” and for the routine, they will be performing afterward at Herald Square.

The parade will mark a return to the traditional parade after last year’s virtual parade due to the pandemic. Organized by the Heartbeats Jump Rope Team in Cleveland, Ohio, the group will appear under the acronym JUMP, or Jumpers United for Macy’s Parade. The young athletes will showcase their talent alongside giant character balloons, celebrities, floats, marching bands, performance groups, and clowns.

The jumpers will arrive in the Big Apple on November 23rd for two days of practice. Starting from Central Park, the athletes will be jumping the entire 2.8-mile course that winds through Manhattan in front of a huge spectator crowd and millions of viewers of the NBC live telecast of the Parade. To be able to jump the entire distance, Shah says the athletes have trained hard to be in peak physical condition.

After arriving in at the fabled Herald Square in front of the Macy’s Flagship Store, the group will be featured in a live segment on NBC-TV with an estimated 50 million viewers. This choreographed TV routine is built around the 112 athletes performing a complex, inter-connected, double-Dutch matrix. They will be flanked on both sides by a single-rope routine which will include national and world jump rope champions.

Members of the team had to pay their own way, paying about $400, plus travel expenses. The fee covered uniforms, ropes, meals during the group practice in Cleveland, and other costs.

This isn’t the first time the Livingston County contingent has been in the limelight. The Jumpin’ Allstars took third place overall at the National Competition in 2019, the last in-person national competition that was held due to COVID. All six of the Jumpin’ Allstars participating in the Macy’s Parade have placed in events at the national level, and the jumpers has earned multiple gold, silver and bronze medals.

What began in 1924 as a holiday parade has become an iconic event that is now recognized as America’s Parade. In all, over 4,000 volunteers from Macy’s stores across the country help to coordinate the more than 10,000 participants.

The Macy’s Thanksgiving Day Parade, considered the kickoff to the Christmas holiday season, will take place beginning at 9 a.m. on Thursday, Nov. 25th. Shah, saying she is “very proud of (the Jumpin’ Allstars), says she “can’t wait to see them join the other 100-plus jumpers from around the country to represent the sport of jump rope on a national stage.”