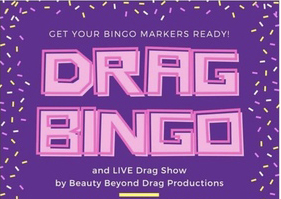 
The head of the local Democrats has called out her GOP counterpart’s efforts in regards to the ongoing Drag Queen Bingo controversy.

On Monday, Livingston County Republican Party Chairwoman Meghan Reckling issued a press release calling for the Howell Area Parks and Recreation Authority (HAPRA) board to launch an immediate investigation into what she says is a “misuse of public funds by HAPRA employees.” A Drag Queen Bingo event is taking place during Melonfest weekend but was moved from the festival beer tent to the Historic Howell Theater after concerns were raised over whether or not the sold-out, adults-only show was appropriate for Melonfest.

Reckling’s release says FOIA requests revealed emails that she says show “HAPRA employees took it upon themselves to set up and promote a controversial fundraiser for a private nonprofit group that shared their political beliefs.” Reckling’s press release noted the event is a fundraiser for the Livingston Diversity Council, a private nonprofit that is associated with the Livingston County Democratic Party. HAPRA Director Tim Church told WHMI they received the formal request and have begun looking into matters with legal counsel and their human resource consultant.

Livingston Democratic Party Chair Judy Daubenmier responded by saying the (quote) “breathless” news release revealing that the Democratic Party is “associated” with the Livingston Diversity Council is focusing on a phony scandal and ignoring what Daubenmier says is the real one – “that the local GOP isn’t a member.” Daubenmier continued, saying, "When you rail against diversity, equity, and inclusion, exactly which groups do you want to exclude from our community? Stop beating around the bush and say what you mean out loud.”

Daubenmier notes that the local Democrats are business members of other organizations such a Cleary University, St. Joseph Mercy Livingston Hospital, First National Bank and Lake Trust Credit Union, but Reckling chose not to mention those organizations participation in the Diversity Council. “Again, why? Is it because it’s easier to divide people for political gain if you mention Democrats rather than the local hospital, university, and banks? Is it easier to make ‘diversity’ sound scary if you don’t mention that even banks and hospitals are for it?”

Reckling responded by saying “The Livingston County Republican Party is fully committed to diversity and the equal treatment of all Americans under the law. Our organization is not a member of the LDC because of their blatant support for radical policies, such as critical race theory as listed on their website.”

However, Daubenmier asks that if the local GOP is so committed to diversity, “why is it trying to make it harder for people to vote? Why does it choose to continually rally its base with divisive, racist, homophobic messages about bathroom gendering, how teachers talk about slavery and civil rights, and the Metroparks Board’s support for things like a playground that accommodates kids in wheelchairs and teaching African American kids to swim so they don't drown in disproportionately higher numbers? None of its positions address the real problems of the County. All of its stands are scripted in Washington, DC to drive 2022 turnout since they no longer have their beloved emperor to drive voters to the polls.”