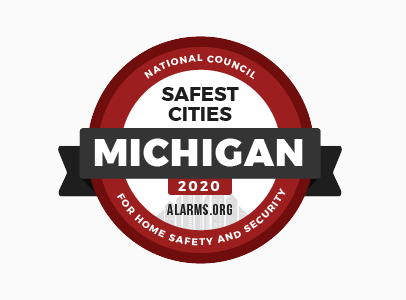 Several local communities have again been named the safest in Michigan.

The National Council for Home Safety and Security recently released its annual list of the safest communities in Michigan as a resource for citizens. South Lyon ranked #3, Hamburg Township at #5 and Milford as #7.

South Lyon is reported to have a violent crime rate of about one offense per 1,000. Hamburg Township, the most populated municipality in Livingston County, recorded the lowest total crime rate in all of Michigan, and was kept out of the top position only due to a low law enforcement-to-residents ratio of 0.82 per 1,000.

The study was completed primarily to highlight the cities that have had the least amount of violent and non-violent crimes per population, while also bringing awareness to the cities that are more likely to have crime per capita.

The Council for Home Safety and Security states that the crime situation in Michigan is one of contrasts as the state has one of the top 15 highest violent crime rates in the U.S., yet its property crime rate is well below the national level. Meanwhile, the state is home to some of the highest crime areas in the country, like Flint and parts of Detroit, as well as communities where crime is exceedingly scarce.

A link to more statistics is posted below. (DK)