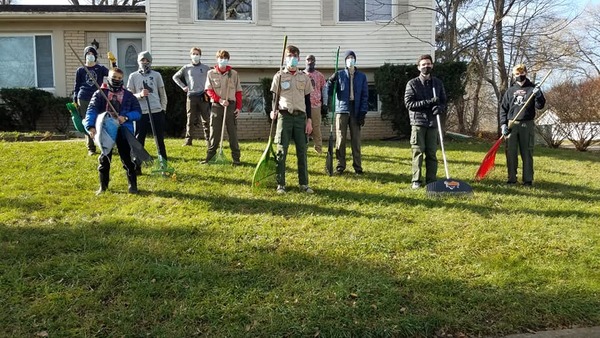 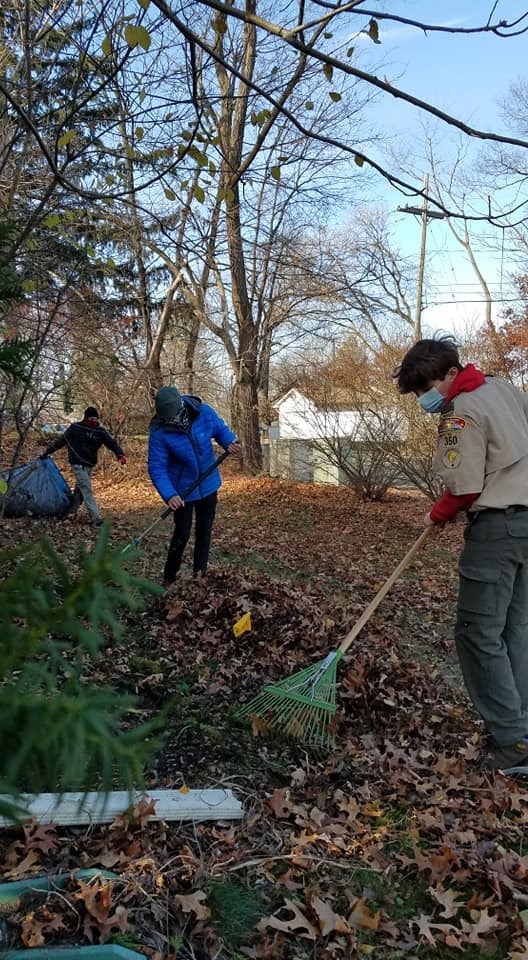 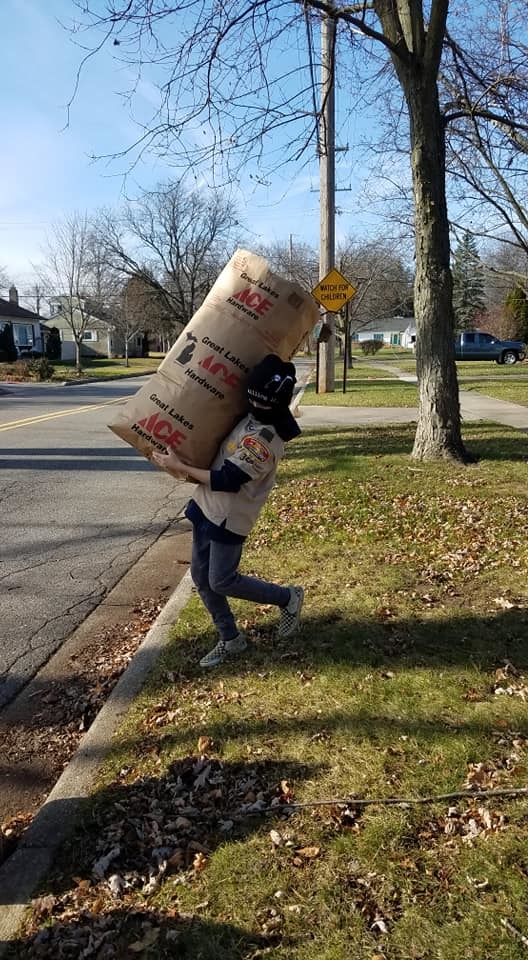 
A group of Boy Scouts in Scoutmaster Kevin Cox’s Troop 350 in Brighton was busy over the weekend doing yard work for the elderly and physical challenged. They did it while adhering to the latest executive orders regarding social distancing, wearing masks and other COVID protocols.

14-year-old Dorian Pettengill, son of Stu and Renee Pettengill and a freshman at Brighton High School, was one of the 13 Scouts who took part in the volunteer effort. He is a Life Scout and is working on his Eagle Scout ranking, the highest rank attainable in scouting. Dorian says the Scouts “are always looking for something to do in the community (and) can shovel snow or anything (the recipient needs help with).”

The group of 13 boys was split into three sub-groups of 4-5 boys each so that they could do one property each. According to Cox, while there, the boys happened to notice an elderly woman in her yard raking leaves — a situation which ended up being a case of serendipity. The scouts gladly offered to do the work for her and the surprised woman happily said yes.

It turns out the woman’s husband had just had heart surgery, leaving her with doing the chores he normally would have performed, including yard work. She was surprised later when the Scouts refused payment, telling her they do such volunteer work as part of the tasks they are required to do to earn their scout medals and badges. "The work was community service hours that each scout could use towards rank advancement, not including Eagle Scout,” Cox says.

Cox says, “The Scouts raked and bagged leaves and sticks that were in the back yards of the selected houses but also were able to rake leaves in the front towards the roadside curb for later pick up by Brighton (Dept. of) Public Works.” He adds that a few of the older scouts and adults were able to operate leaf blowers to speed up the process.

Dorian says he receives a lot of satisfaction out of Troop 350’s volunteer programs, saying, “It’s good to help the community. That’s what the Boy Scouts is all about.”