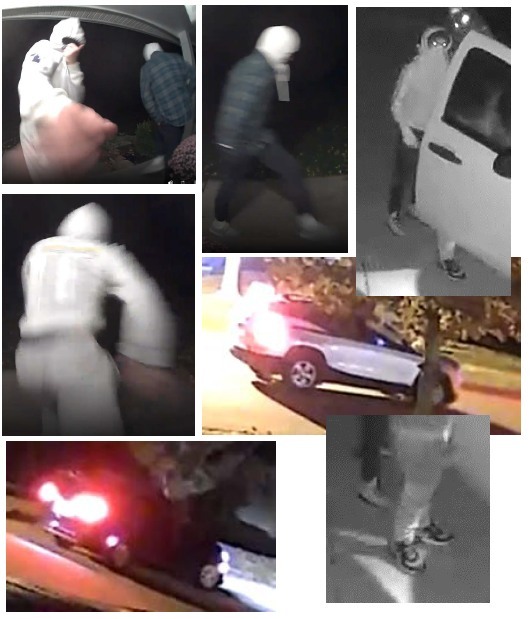 
Public assistance is being sought in identifying those responsible for various larcenies and other incidents in Hartland Township.

The Livingston County Sheriff’s Office is investigating Larceny from Auto and Destruction of Property incidents in subdivisions near M-59 and Cullen Road.
The suspects are alleged to have stolen various items and then fled in vehicles.

The Sheriff’s Office has released images of the suspects and vehicles believed to be involved.