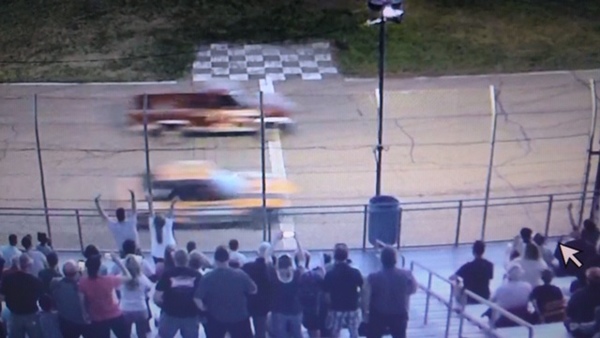 Sheriff Mike Murphy just barely beat out Ingham County Sheriff Scott Wriggelsworth at Corrigan Oil Speedway in Mason, with Clinton County Sheriff Larry Jerue and Eaton County Sheriff Tom Reich following them over the finish line. Murphy says the event was initially set up as just a friendly competition but as the race drew closer, “the trash talk and competitive nature of us Sheriffs started to increase, but through it all it remained very “gentlemanly.” He said Sheriff Jerue had the idea of kicking in $100 to a charity of the winner’s choice. Murphy chose Midcourse Corrections, which will be getting $300 from his competitors. Based in Howell, Midcourse Corrections helps at-risk youth with, "highly supervised and structured" 46-hour training weekends that include daily calisthenics, high-adventure ropes courses, marching, teamwork initiatives, and work projects all designed to, "build a foundation for continued personal, social, and spiritual growth."

Murphy thanked Sheriff Wrigglesworth and Corrigan Oil Speedway for setting the race up and allowing it to happen and to the cheering section that came out to support and route for him. He also thanked the owner of the late 80’s Ford Bronco who let him race the vehicle for the win.

Murphy says that in the winner’s circle Sheriff Wrigglesworth said 364 days till the next one, so he assumes they are going to try to make this an annual event. He called it a great night and the most fun he has had in a long time and then joked that he’s, “Still waiting for my call from a major NASCAR team.” (JK)