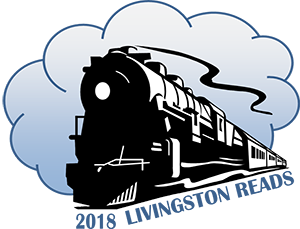 Six Livingston County libraries are once again inviting residents to come together and read and enduring masterwork of detective fiction.

Agatha Christie’s Murder on the Orient Express has been chosen as the Livingston Reads: One Book, One Community choice for 2018. Written in 1934, the novel was made into the classic motion picture of the same name 40 years later, with a new adaptation released just last year. Adult Services Librarian Brandi Tambasco of the Howell Carnegie District Library told WHMI of the aim of this project, which is now in its 14th year, is to encourage residents to read for pleasure and to create a community through reading. The county-wide literary project has positioned the county's libraries as leaders in promoting the joy of reading.

Along with Howell, the Brighton, Fowlerville, Hamburg, Hartland’s Cromaine, and Pinckney libraries are all participating in the read and have various activities planned throughout March and April. A special screening of the new film-adaptation of Murder on the Orient Express will also take place at the Historic Howell Theater on Friday, April 20th at 7pm. Admission is free with a library card from any of the 6 libraries, with seating on a first-come first-served basis. More information on the book and all the surrounding events can be found online through the link below. (JK)