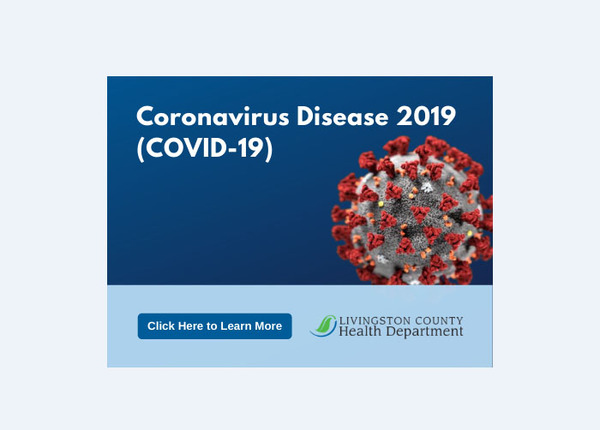 
The man helping to coordinate Livingston County’s response to the coronavirus outbreak says that actions being taken to limit the spread of the virus are necessary and common sense.

Following Gov. Whitmer’s order closing all K-12 schools in Michigan through April 5th, Livingston County’s Medical Director, Dr. Don Lawrenchuk, is welcoming the move. In an exclusive interview with WHMI, Lawrenchuk said that the decision by the governor only makes sense after the number of presumptive positive COVID-19 cases in Michigan jumped from 2 to 12. The number last stood at 16. An up-to-date count can be found through the state's website and a link is provided link.

He says while there are currently none identified in Livingston County, it is not a situation he expects to remain. "We have cases now in Oakland, Washtenaw, Ingham County. It's just a matter of time before it comes to (Livingston County). The CDC tells us that for every case we know about, there's conservatively at least ten times that many cases out there that we don't know about. So if there's 12 that we know about, there's probably at least 120 cases out there that aren't sick enough to go to the doctor yet."

Lawrenchuk says because the outbreak is now a global pandemic, the best way to try and limit its spread is using the concept known as social distancing. The goal of that is to reduce the probability of contact between persons carrying an infection, and others who are not infected, so as to minimize disease transmission. So Gov. Whitmer’s decision to close all Michigan K-12 schools through April 5th is one he says may be inconvenient, but absolutely necessary to ultimately prevent serious illnesses and deaths from occurring. "When you have a communicable disease like this one, certainly close contact, if your in a crowded area, for example, with a lot of people, it just takes one or two sick individuals to infect large populations. So what we're really trying to do is to suppress the number of people who are ill all at one time so we don't overrun our health care system."

Lawrenchuk, who is set to retire in the next few weeks, adds that the panic-buying of supplies is a contagion all its own and only serves to unnecessarily upset people and distract them from doing what is most productive, which he says is practicing common-sense hygiene including frequent hand washing, good cough control and avoid as much as possible touching your nose and face.

You can hear the full interview through the link below. You can also get the latest information on the outbreak on the Livingston County Health Department's website by Clicking Here.