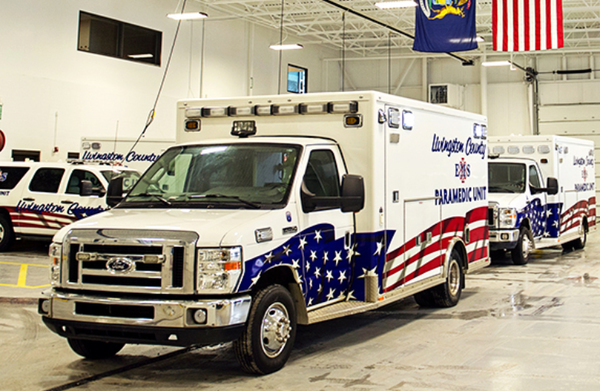 Some local first responders will be heading up north to assist with a hospital move that will also serve as a unique training opportunity.

Livingston County EMS will be providing ambulance transportation for Marquette General Hospital. It will join several EMS providers in Region 1 that will be transporting patients as part of a pre-planned move on June 2nd from the old hospital to the newly constructed hospital. The event is being coordinated through the Region 1 Medical Coalition and although it will be an actual move, it will also serve to test the Region One evacuation plan.

Livingston County EMS Director Jeff Boyd explained the arrangement during a recent committee meeting of the Board of Commissioners. He says it involves moving the 110 to 130 hospital beds about one mile down the road. Boyd says five ambulance companies are coming from southern Michigan, along with UP services. He says the state EMS director and the chair of the Bureau of Health Trauma Services will use the event as a mass casualty disaster evaluation. Boyd noted it’s quite the opportunity being an actual event but one to test and see how it works.

Boyd says they’ll be sending two ambulances and staffing won’t be a problem. He says Jackson will be sending two ambulances, Stockbridge is sending one and Mobil Medical Response is sending three. He noted there are not that many resources up north so this will involve good coordination and be a great learning experience for everyone involved. Boyd says they will look at all of the different ambulance services, how it works and how they move 130 patients as some will be critical, some will be on ventilators and others in wheelchairs etc. He noted they are going to try and make the move within 8-10 hours and they’ll serve as Marquette General needs.

Boyd noted the agreement is modeled after their FEMA contract and is very similar to when EMS is assigned to work with FEMA for events such as hurricanes and they are pre-deployed with assigned staging areas. He says they’ll be reimbursed for all expenses related to lodging, transportation and meals. The request was approved by the General Government & Health and Human Services Committee. It will head to the full board for approval on Tuesday night. (JM)