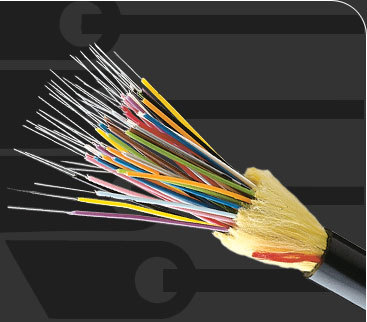 
Livingston County Democrats are calling on the Board of Commissioners to spend incoming COVID relief funds on providing better internet to residents.

The county is slated to gain $37.2-million from the American Rescue Plan. At Monday’s meeting of the all-Republican Board of Commissioners, Democrats took time during both calls to the public to request that money be used to tackle the problem of poor internet service.

Party Vice-Chair Dan Luria called for the creation of a tech committee to investigate the different options which range from fiber optic cable to low orbit satellites. He said that leaving each township to handle it their own way with their incoming funds would be a mish-mash and said the county should take the lead.

Lori Cowan is a Unadilla Township Trustee and said that their board, made up of both Democrats and Republicans, has decided to spend all of their funding on the internet and that her hope is the county would choose to do the same.

Several residents also chimed in, citing the importance of fast internet for work, education, shopping, and telemedicine. It was mentioned that fast internet would help the local economy by allowing more people to work from home and not have to commute out of the county. Some testified to it also making a noticeable, positive effect on property values. Many came from the western side of the county where rural broadband has only grown as a problem.

Commissioner Mitchell Zajac said a proposal for a trunk network of fiberoptic cable that would have benefited 85,000 residents was submitted earlier this year to 8th District Democrat Elissa Slotkin's office. He said it was worked on with Democrats, Republicans, county staff, community leaders, and the public. Zajac called it a “Herculean effort” to get it prepared in the 14-day window, and while it had unanimous support from many county bodies of government, ultimately it was not selected by Slotkin to move forward to the federal level.

That proposal followed a request for applications by Slotkin's office for projects in the 8th District to be among ten finalists to be submitted for funding. Over 60 applications were received with three specifically in Livingston County; a $10.5 million proposal from the Brighton Area Fire Authority to fund construction of a Headquarters facility, a $2 million request from the Village of Pinckney for a multi-use pathway and connector project, and a $6 million proposal from the Village of Fowlerville for a Water Treatment/Radium Removal Plant.

Earmarked requests have to go through the lengthy and political federal budgeting process with no guarantee that they would be funded. In contrast, the stimulus funds from the American Rescue Plan are already allocated and can be used for COVID-relief eligible expenses, of which broadband is specifically included.

When asked about the broadband issue, Congresswoman Slotkin told WHMI that she reached out last week to the Livingston County Board of Commissioners to ask to participate in an upcoming meeting and make the case for the county to spend the federal COVID relief money on a county-wide broadband program, but that she was "not invited to participate," adding that for the past year she has "been hearing non-stop about the need for universal broadband in Livingston County. From Fowlerville to Hartland and communities in ‘dead zones’ in between, I have heard strong support for expanded broadband internet access. As someone who lives on a farm in a rural community, I see firsthand how critical this broadband is for our schools, our businesses, and to attract new investment. This is why I’ve made it one of my top priorities in Congress. Experts agree that the best way to get universal broadband is to tackle the issue county-wide, through public-private partnerships. With the coming federal dollars, Livingston County has a once-in-a-generation opportunity to invest in the future, and bring broadband to every corner of our community. I urge county leadership to do so.”

An email was sent to County Administrator Nathan Burd and Board Chair Nakagiri questioning why Congresswoman Slotkin was not allowed to address the board at their most recent meeting. It has, so far, not been returned.

Judy Daubenmier, Chair of the Livingston County Democrats, blamed the Board of Commissioners for dragging their feet, sarcastically apologizing for them “having to throw (the plan) together in two weeks,” and that “if you had been on the ball, you’d have been ready.” She said that a year ago Democratic candidates for county commission called upon commissioners to set up a committee to study broadband. Daubenmier said that in the midst of the pandemic, it was obvious to anyone who listened to the public that people needed better broadband access in order to function for work, shopping, and medicine. She stated, “Yet the commission chose to do nothing.”

Zajac said internet continues to be a priority with him, but also that there are other departments within the county that may benefit from the funding. He said he has had discussions with the Clerk’s office, the Judicial system, the Prosecutor’s office, and has heard comments from others as well, like the Drain Commissioner. Zajac said that even though they were denied by Slotkin’s office, they will not stop working as it regards broadband as well as the other needed improvements and opportunities in the county.