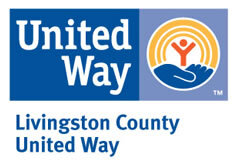 
Nominations are being sought for the Livingston County United Way’s Annual Volunteer Awards - which recognize those in the community who give from the heart and make things happen.

Even though the world has seen a decrease in volunteers, the United Way says it is honored to share that there are people in this community who step up and help every year.

Nominations are being sought for five awards. Those include the Charles W. Itsell Volunteer of the Year Award, Donald Epley Lifetime Community Service Award, Young Person of Distinction Award; Youth Organization of the Year Award, and Randy Rudisill Business-of-the-Year Award.

Livingston County United Way Executive Director Anne Rennie told WHMI they’re “looking for the people who are changemakers in our county”. She says a committee of people who have received each award in the past review the applications and determine the winners. Rennie noted they usually get around 5 to 8 nominations in each category so it can be tough.

Nomination applications must be completed and submitted electronically by January 27th.

Recipients will be recognized at Livingston County United Way’s “Spirit of the Community” Annual Meeting on March 8th at Crystal Gardens in Genoa Township.

More information about the awards is available in the attached release and provided link.