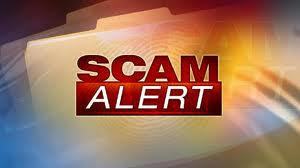 
A scam involving the Livingston County Sheriff's Office is circulating throughout the community but officials say don’t fall for it.

The Sheriff’s Office is investigating two separate incidents that occurred Tuesday. In each incident, an unknown suspect or suspects contacted the victims and identified themselves as a Detective from the Livingston County Sheriff's Office. A press release states the suspects advised the victims they had warrants for their arrest and they needed to send "bond money". The victims were told a Deputy would come to their residence and arrest them if money for bond was not posted immediately. The Sheriff’s Office is reminding citizens within the community to be extra vigilant when people are calling and asking for money. If there is any doubt to the validity of the request, people should just hang up and report the incident to their local Law Enforcement Agency.

As a reminder, law enforcement agencies will not make phones calls asking for any type of monetary funds.