Norovirus Activity On The Rise In Livingston County 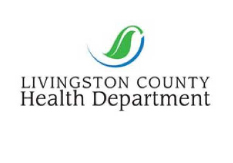 A seasonal illness is making the rounds throughout Livingston County, the state and the nation.

Norovirus is a highly infectious disease and the Livingston County Health Department says activity has been on the rise with winter here and people spending a lot more time indoors. Norovirus is not a required reportable disease for individual cases, unless there is an outbreak of some sort according to Medical Director Dr. Don Lawrenchuk. It’s commonly referred to as the stomach flu and he tells WHMI they are seeing a lot of cases locally.

Norovirus is easily spread through food, by person to person contact or through contaminated surfaces. Symptoms usually include nausea, vomiting, diarrhea, cramps, muscle aches fever, headache and weakness but usually pass within 72 hours. Norovirus is highly contagious and therefore, can stay on things like doorknobs, toilets, phones and keyboards for a long time so surfaces should be thoroughly sanitized. Lawrenchuk says disinfectants should stay on surfaces for at least minutes to be effective – adding the biggest mistake people make is not leaving disinfectants on long enough and giving them time to work. Lawrenchuk says the vast majority of people typically recover without medical attention but cautions that dehydration can be a concern with norovirus due to the loss of bodily fluids so he advises those who do contract it drink plenty of fluids, preferably non-caffeinated. More information is available through the provided link.

While there has been an uptick in norovirus activity, Lawrenchuk reminds that cases of Influenza are also on the rise, which is more deadly for certain age populations or those considered at risk. He says the good news is that there is still a safe and effective vaccine available through local healthcare providers, pharmacies or the local health department. (JM)