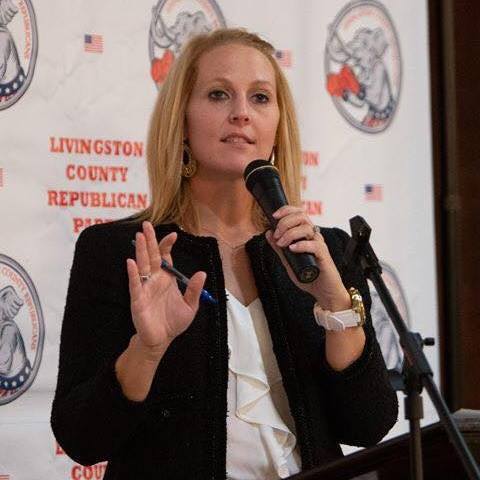 A fresh wave of leaders has been elected to Livingston County’s Republican Party, in addition to the creation of a new role.

Meghan Reckling was elected as the party’s new chairperson at their Executive Committee meeting Thursday. Reckling is currently an aide to State Representative Lana Theis and has managed other political campaigns. Reckling tells WHMI, ”It is truly an honor to be elected as Chair of the Livingston County Republican Party. I’m excited and ready to work with our elected officials, Executive Committee, candidates and volunteers on re-electing Republicans in 2020.”

Reckling is taking over for former Chair Dan Wholihan, who served for three terms and six years as chair. Wholihan had decided to not seek re-election and in a Facebook post stated he believes the party is left in good hands and looks forward to working with the new team. That includes Joseph Riker, who was elected Vice Chair, Daniel Schifko, who was elected treasurer and new secretary Kathy Jacksey. Wholihan stated that Tim Kandow will also serve as the first officeholder of the brand new position of Youth Vice Chair.
(DK)