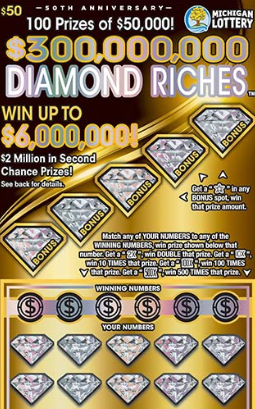 
A Livingston County man is one step closer to retirement after winning a $100,000 prize.

The 61-year-old player said while he was at work, he received an email from the Lottery notifying him that he’d won a $100,000 second chance prize. The man said he was a little skeptical and thought it was likely a scam email, so he showed some of his coworkers the email to get their thoughts. One co-worker had won a $500 prize in the drawing, so they compared emails. That’s when the player realized it was real and said he was “in complete shock”.

The player recently visited Lottery headquarters to claim the big prize. He plans to save his winnings for retirement.